Can My Florida Criminal Conviction Be Overturned If The Eyewitness Changes Their Story? 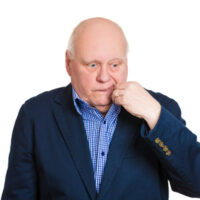 Once a person is found guilty of committing a crime, it is an uphill process to overturn that conviction. But there are circumstances when a Florida court must at least consider the possibility the conviction was tainted. For example, what happens if a key prosecution witness later recants their trial testimony?

In and of itself, that does not automatically void a guilty verdict. Indeed, Florida law directs judges to treat any post-trial recantation “with skepticism.” The court typically holds an evidentiary hearing and, if the judge finds the recantation is true, then the issue is whether or not this change in testimony would have led the original jury to render a different verdict.

The Florida Second District Court of Appeals recently discussed these principles in a post-conviction case, Scott v. State, where not one but two prosecution witnesses later recanted their trial testimony. A trial court declined to conduct an evidentiary hearing and summarily dismissed the defendant’s request for a new trial. The Second District reversed, however, and said the defendant was at least entitled to a hearing.

One judge on the Second District panel, Judge J. Andrew Atkinson, wrote separately to explain his reasoning on this issue. In the original criminal trial, the two witnesses identified the defendant as having fired an assault rifle at another person. After the trial, they submitted affidavits stating they did not see the defendant at the scene of the shooting and that they were “coerced by a police detective to testify otherwise.”

Judge Atkinson noted this was not simply a case of a witness recantation “subtracting” evidence from the prosecution’s case; it also added new evidence in the form of the allegations regarding the detective’s alleged coercion of the original testimony. Atkinson said the trial court needed to conduct an evidentiary hearing to determine whether those accusations were credible and would have likely produced an acquittal had the jury heard that testimony.

Atkinson added that it was not a foregone conclusion that the defendant should be granted a new trial even with this additional evidence. The prosecution presented three eyewitnesses at trial. The third witness did not recant and there was evidence presented to the jury that could corroborate that testimony. Still, the trial court needed to consider the now-apparent conflict in the witness testimony.

Of course, the best time to discover potential problems with the prosecution’s case is before you go to trial in the first place. This is why working with an experienced Orlando criminal defense attorney is so important. A seasoned trial lawyer can help you identify the weaknesses in the government’s case. So if you are facing a serious criminal charge and need representation, contact the Baez Law Firm today to schedule a free consultation.