Are Rap Videos Posted To YouTube Admissible As Evidence In A Drug Case? 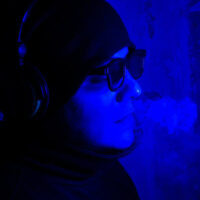 Social media makes it easy for anyone to produce, distribute, and even monetize their creative talents. Of course, anything that you share with the world via the Internet can also be found by law enforcement. In some cases, “creative” prosecutors might even try and use a defendant’s online videos as evidence against them. But is something like a YouTube video–unrelated to the actual crime alleged–actually admissible in court?

A recent decision from a federal judge in Tampa sheds some light on this question. This is from an ongoing federal drug case, United States v. Stephenson. In July 2020, local law enforcement in Florida initiated a traffic stop of the defendant. The defendant responded by trying to flee. When he was eventually caught, the police saw a loaded firearm on the defendant’s dashboard. The police then arrested the defendant and conducted a search that uncovered a large quantity of cash and marijuana.

A federal grand jury indicted the defendant for possession of marijuana with intent to distribute and illegal possession of a firearm in connection with a drug crime.

In May of this year, federal prosecutors told the defendant they intended to introduce at trial “three publicly available YouTube music videos in which Defendant purportedly raps about his drug activities, as well as transcripts of those videos’ lyrics.” The defendant then moved to exclude the videos, arguing they were inadmissible under federal court rules.

The judge agreed with the defendant. At the outset, the court noted the videos in question “which cannot be understood because of the slang terms used, but which purportedly describe drug related activities.” The video also included a number of persons other than the defendant. This was important, as one of the defense’s objections to the admission of the videos was that they were inadmissible hearsay. The judge noted the defendant’s own statements in the videos were not hearsay “to the extent they are understood.” However, the statements made by other parties in the video were hearsay.

Additionally, any probative value was outweighed by the “prejudicial effect” the videos might have on a jury. In other words, the judge was concerned that there was a significant risk “that the jury will render a conviction based on the rap lyrics and depictions in the YouTube videos, rather than what the United States has proven.” As such, the videos were not admissible.

A criminal trial is about facts. It is not an invitation for prosecutors to paint the defendant as a bad actor based on their creative pursuits. That is why it is critical to work with an experienced Orlando drug crimes lawyer who will zealously represent your interests in court. Contact the Baez Law Firm today if you need to speak with an attorney right away.