Can A Judge Revoke My Probation Based On Secondhand Information? 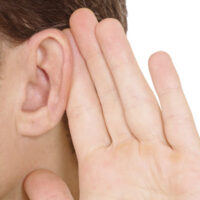 Many Florida criminal sentences include a term of probation. This means the defendant is not in prison but they can only remain free if they abide by certain conditions set by the court. If a law enforcement officer has reason to believe a defendant is not meeting their obligations, they can file an affidavit with the court, which is then required to hold a hearing. If the defendant admits the violation–or the prosecution can prove the violation by a “preponderance of the evidence”–the judge may then revoke, modify, or continue probation.

Although the government’s burden of proof is lower for proving a probation violation than the original criminal charge, there must still be some reliable and admissible evidence. For example, the prosecution cannot exclusively rely on hearsay–i.e., “We heard from someone else that the defendant might have violated his probation.”

The Florida Fifth District Court of Appeals recently confronted just such a scenario. The defendant in this case previously pleaded guilty to a charge of manslaughter. After serving more than 9 years in prison he was required to serve an additional 3 years on probation. Several months into this probationary period, however, the defendant’s probation officer filed an affidavit alleging two probation violations.

Before the trial court, the defendant explained that he was living at the address he reported, but the property was a duplex containing an upstairs and downstairs unit. The defendant lived downstairs and the man the officer spoke to was apparently the upstairs tenant, with whom the defendant rarely interacted. The judge apparently did not accept this explanation, revoked the defendant’s probation, and sentenced him to 11 additional years in prison.

On appeal, the Fifth District reversed. It held that the state’s entire case rested on hearsay–that is, what the unidentified man told the officer. Indeed, the prosecution never bothered to actually establish this man’s identity or call him as a witness. Nor did the police officer bother to verify the information the unidentified man provided before jumping to the conclusion that the defendant violated his probation. Under the circumstances, the Fifth District said it was improper to revoke the defendant’s probation based entirely on hearsay.

A criminal conviction often carries long-term consequences that last beyond prison time. That is why it is imperative to work with an experienced Orlando criminal defense attorney who can aggressively represent your interests in court. Contact the Baez Law Firm today to schedule a free consultation today.