Can I Go To Jail For A “Technical Violation” Of My Probation? 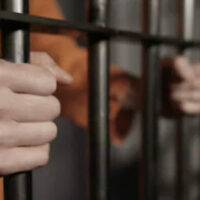 When someone is placed on probation following a criminal conviction, they are required to follow a number of terms and conditions. If there is any violation, no matter how small or technical, the defendant can be brought before a judge. Now, this does not necessarily mean the judge will revoke probation and send the defendant to jail. To the contrary, Florida law requires the court to “modify or continue” probation when there has only been a “low-risk technical violation.”

Unfortunately, the courts are quite adept at defining even a “technical violation” in such a way as to justify revoking probation when it may not be called for. Take this recent decision from the Florida Fourth District Court of Appeals, Kaiser v. State. In this case, a divided three-judge panel sent a man to jail for 5 years over a failed drug test.

To backup a bit, prosecutors originally charged the defendant in 2017 with giving false information to a pawnbroker and dealing in stolen property. The prosecution then negotiated a plea agreement with the defendant. In exchange for a “no contest” plea, the defendant was to serve 3 years in jail followed by 2 years of probation. When the defendant’s probation subsequently began in 2019, he was informed of the conditions of his release, which included not violating the law and to refrain from the use of any drugs without a doctor’s prescription.

The prosecution and the trial court disagreed. The judge treated the failed drug test and the admission of meth possession to be separate violations of probation. And since the drug possession was a felony, the trial judge revoked the defendant’s probation and ordered him to spend 5 more years in jail.

On appeal, a majority of the Fourth District panel agreed with the trial court’s reasoning. One judge dissented. The dissent argued that it was absurd to classify the defendant’s actions as two separate violations. After all, if a person fails a drug test, that implies he possessed drugs at some point. And since failing a drug test is defined by statute as a “low-risk technical violation”–the type that justifies continuing probation–it made no sense to the dissenting judge that the majority would read the statute to essentially require that every failed drug test must lead to revoking probation. Indeed, the dissent argued that it undermined the legislative intent of the statute, which was “to conserve tax dollars by requiring non-incarcerative sentencing options.”

If you are considering a plea agreement, you need to carefully consider the potential ramifications of a possible probation sentence. And if you are on probation, you need to be aware of how even a “technical violation” can be spun into a serious violation. An experienced Orlando criminal defense attorney can help. Contact the Baez Law Firm today if you need to speak with a lawyer right away.