Can You Be Ordered To Pay Your Victim’s Legal Fees If You Are Convicted Of A Crime? 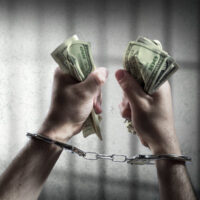 Although the prospect of jail time is often what concerns a criminal suspect the most, prison is not the only form of punishment that may follow from a guilty verdict. In cases where there was a victim, the sentencing court may also order a convicted defendant to make restitution. Florida law states restitution is required for any “damage or loss caused directly or indirectly by the defendant’s offense; and damage or loss related to the defendant’s criminal episode,” unless the judge finds there is a compelling reason not to require repayment.

The prosecution still needs to present some evidence to support a demand for restitution. In legal terms, the state needs to prove the victim’s losses by a “preponderance of the evidence.” This is similar to the legal standard used in civil lawsuits.

A recent decision from the Florida Fourth District Court of Appeal, Love v. State, demonstrates the types of issues that may arise in a criminal restitution hearing. This case involves a defendant convicted of grand theft. What is unusual is the method by which the theft occurred. Prosecutors accused the defendant of trying to steal the defendant’s house by improperly filing a deed.

Here is what happened, according to the evidence produced at the defendant’s trial. The defendant agreed to buy the victim’s house for $340,000. The victim believed this would be a cash deal. But during the closing, the defendant gave the victim a promissory note after she had already signed a deed transferring the property to him. She attempted to get the deed back but the defendant’s “attorney physically blocked her from doing so.”

The defendant then tried to record the deed. It was later found defective, but it still managed to cloud title to the property. This prevented the victim from selling or renting the property for approximately three years. During this time, the victim continued to pay expenses on the property and she had to hire a lawyer to sort out the title situation.

On appeal, the Fourth District held the defendant was entitled to a new hearing solely on the award of legal fees. While a trial judge “may order restitution for attorney’s fees under the restitution statute,” the appellate court said, “the award must still be supported by substantial, competent evidence.” Here, the prosecution simply presented a statement to the trial court regarding the victim’s legal fees but did not present any supporting evidence, such as testimony or bills. As such, a new hearing was required.

A criminal conviction can prove costly–both in terms of your freedom and your wallet. So it is critical that you work with an experienced Orlando white collar criminal defense lawyer who will zealously represent your interests. Contact the Baez Law Firm today to schedule a consultation.