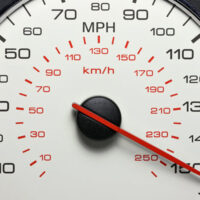 According to a report from ClickOrlando, a 32-year-old Central Florida man has been arrested in connection with a deadly crash that happened on State Route 408 (SR-408) in November of 2021. Omaykan Guler was reportedly traveling at speeds as fast as 150 miles per hour (MPH) prior to the collision. Mr. Guler is now facing a felony vehicular homicide charge. Within this article, our Orlando criminal defense lawyer discusses the vehicular homicide charges filed in this case in more detail.

The Orlando Police Department responded to the scene of a serious accident on SR-408 near South Lake Crystal Drive on November 8th, 2021. Police officers determined that the driver of a Porsche rear-ended a truck. Two other vehicles were also damaged in the accident. Tragically, the driver of the truck, a 57-year-old man, was killed in the crash. One of the other drivers told police that he believed that the driver of the Porsche—identified as Omaykan Guler—was going at extreme speed.

After a multi-month investigation, police and prosecutors have now arrested Mr. Guler and charged with a serious felony offense—vehicular homicide. Prosecutors allege that Mr. Guler was going as fast as 150 MPH immediately prior to the deadly collision. Mr. Guler reportedly claimed that the truck he rear-ended was stopped on the highway, but police emphasize that this is inconsistent with statements from other witnesses.

What Prosecutors Need to Prove in Vehicular Homicide Case in Florida

The unfortunate reality is that traffic safety remains a serious problem in Florida and throughout the United States. More than 40,000 people are killed in motor vehicle crashes nationwide each year. In a limited number of cases, the driver responsible for causing a deadly accident will face a serious felony criminal charge for vehicle homicide.

Under Florida law (Florida Statutes § 782.071), a person may cause a deadly accident by operating a motor vehicle in a manner that is “in a reckless manner likely to cause the death of, or great bodily harm to, another.” Typically, prosecutors will be required to prove some form of gross negligence, such as intoxicated driving, extreme speeding, or otherwise egregiously reckless driving.

Vehicular homicide is a very serious criminal charge. It is generally a second degree felony offense in Florida. Though, the crime can be enhanced to a first degree felony if the responsible motorist fled the scene of the accident without rendering aid.

At The Baez Law Firm, our Orlando criminal defense lawyer is a passionate and diligent advocate for justice. If you or your loved one was arrested and charged with a serious felony offense in connection with a car accident, we can help. Reach out to us by phone or contact us through our website for a fully confidential consultation. Our firm defends felony charges throughout Central Florida, including in Orlando, Apopka, Winter Park, Winter Garden, and Kissimmee.