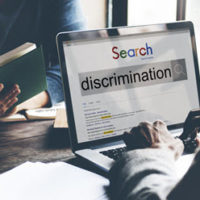 Whether blatant or discreet, sex discrimination in the workforce can be difficult to prove, especially if the employer does not come outright and state that a person’s gender has anything to do with their unfair treatment toward that person. However, if you feel like you were treated unfairly in any way because of your gender, both state and federal laws protect you. Furthermore, you have every right to file a sex discrimination claim against the offending employer or entity.

Laws that Protect You From Sex Discrimination

There are several state and federal laws that were created with the sole purpose of protecting both men and women from gender discrimination in the workplace. Those laws include:

At The Baez Law Firm, our civil rights lawyers can protect you in the event that you were unfairly treated due to your gender. To be sure, you will need to provide evidence of the discrimination. This can come in the form of direct evidence or circumstantial evidence. Direct evidence would be ideal, as direct evidence includes a written statement or witness testimony to a verbal statement made by the employer that indicates that your protected status had a direct impact on the employer’s treatment. However, most employers know better than to directly admit that a person’s protected status is the reason for their unfair treatment. If this is the case, circumstantial evidence may suffice. Circumstantial evidence can include:

At The Baez Law Firm, our Orlando civil rights lawyers will fight on your behalf to ensure that your rights within the workplace are protected and restored. To schedule a free consultation with an lawyer today, call 800-588-BAEZ now.