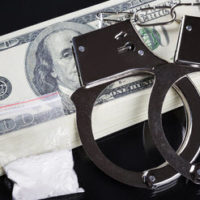 It is estimated that over $50 billion in drugs are trafficked in the United States every year. As such, it comes as no surprise that all levels of federal and state law enforcement are perpetually searching for individuals trafficking illegal substances. The Florida state government and the United States federal government are both heavily invested in tracking down and seizing illegal narcotics. In fact, the U.S. Drug Enforcement Agency employs nearly 4,500 officers who work full-time in the defense against drug trafficking. The state of Florida is a particular hotbed for illegal narcotics distribution due to the fact that this is a coastal state.

If you are facing drug charges in Florida, it is important to remember that a knowledgeable criminal defense lawyer can be a vital asset in protecting your freedom. Just because you have been arrested on drug trafficking charge does not mean that you are guilty of the crime.

Some of the most common types of drug charges we defend at the Baez Law Firm are the following:

If you have been charged with a drug-related offense it is critical that you immediately seek the counsel of an experienced Orlando criminal defense lawyer. The prosecution will be doing everything in their power to prove your guilt and cast you in a negative light. It is important to remember that you are innocent until proven guilty and you deserve to be treated as such. At the Baez Law Firm, you will receive effective aggressive advocation on your behalf. Any charge should be taken seriously no matter how seemingly benign the accusations may be. To learn more call 800-588-BAEZ to schedule a free consultation.