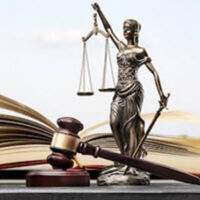 One of the biggest criminal justice stories in recent years involved the now-deceased Florida financier Jeffrey Epstein. According to federal prosecutors, Epstein conspired with a number of people to sexually traffic and abuse over 30 young girls. Epstein allegedly paid his own employees to “deliver” the girls to him, some of whom were barely 15 years old.

Following a two-year investigation, the FBI referred Epstein’s case to the then-Miami U.S. Attorney Alexander Acosta. Acosta, who later served as U.S. Secretary of Labor, negotiated a non-prosecution agreement (NPA) with Epstein in 2007. Under this agreement, Epstein agreed to plead guilty to two state prostitution offenses in Florida and serve 18 months in prison. In exchange, he and several of his alleged co-conspirators received immunity from federal prosecution.

Acosta did not simply agree not to prosecute Epstein. He also agreed to keep the specific terms of the NPA out of the public record. This included not informing Epstein’s victims about the existence or terms of the agreement. Shortly after Epstein entered his guilty pleas, however, some of the victims did learn about the NPA and decided to take their own independent action against the federal government.

Specifically, they filed a civil lawsuit seeking enforcement of their right under the Crime Victims’ Rights Act (CVRA). The CVRA is a federal statute that, among other provisions, states that a victim has the right to “confer with” the U.S. Attorney with respect to a criminal case and to “be reasonably heard at any public proceeding in the district court involving release, plea, sentencing, or any parole proceeding” against the defendant. Here, the victims alleged that by effectively keeping them in the dark, Acosta’s office violated the CVRA.

The victims’ case spent more than a decade winding its way through the federal courts. After the initial civil lawsuit failed, the victims filed a petition for a writ of mandamus with the U.S. 11th Circuit Court of Appeals. Last year, a three-judge panel dismissed the petition. But the full Court agreed to reconsider the matter.

On April 15, 2021, a majority of the 11-judge court again dismissed the petition. The majority explained that while this case was a “national disgrace,” the CVRA generally only permits victims to seek administrative remedies “within the context of a preexisting proceeding.” It does not cover situations like this one where federal prosecutors never brought formal charges in the first place. Put another way, the CVRA does not authorize “freestanding” civil lawsuits against prosecutors who fail to charge a defendant with a crime.

If you are charged with a federal crime, it is crucial to understand how victims rights laws may affect your interests. An experienced Orlando criminal attorney can provide you with guidance in this area. Contact the Baez Law Firm today if you need to speak with a lawyer right away.