Florida Push for Strict New Gun Ban Has Some Concerned 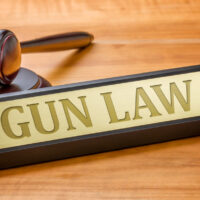 Here in Florida, gun control advocates are seeking to pass a ban on semi-automatic rifles with high capacity magazines. The initiative in Florida proposes to outlaw any shotguns (” assault rifles”) capable of holding more than 10 rounds of ammunition in a detachable or fixed magazine and all new semi automatic rifles, and is geared towards semi-automatic rifles like AR 15s and AK-47s (where “semiautomatic” is defined as “any weapon which fires a single projectile or a number of ball shots through a rifled or smooth bore for each single function of the trigger without any further manual action required”). This is because most weapons used in mass shootings allow shooters to use a high capacity detachable magazine and change it quickly. The ban would only allow three groups to possess assault weapons: those who already own them (for one year after the measure’s effective date or after registered), law enforcement, and military personnel. It would also exclude handguns. Violations would be prosecuted as third-degree felonies.

Those behind the effort lost loved ones in the Parkland and the Pulse nightclub shootings, and are pushing forward with a February deadline to get enough signatures to place a constitutional amendment on the 2020 ballot. Getting the measure on the ballot requires more than 760,000 signatures and thus far they have a little over 100,000.

The measure also faces a number of obstacles in terms of the legal procedure here in Florida. Specifically, ballot language must first be approved by the state Supreme Court. In addition, a law passed in Florida in June is expected to make it more challenging because it adds restrictions to gathering signatures. In addition, a number of politicians are concerned that the measure could go so far as to ban even hunting weapons throughout the state of Florida, violating a number of constitutional rights. The Republican State Attorney General has already filed a claim with the Florida Supreme Court, arguing that the ballot language is deficient and misleading because of how broad it is and what it would ban. The measure would require Florida’s Constitutional to be amended, altering Article I, Section 8, Right to Bear Arms.

Those behind the ballot measure have likely chosen this path because a 2011 Florida state law prohibits local governments from passing restrictions on guns that are stricter than those allowed at the state level.

If you have concerns that you have been illegally charged with a weapons charge or your civil rights have been violated, contact our experienced Orlando civil rights attorneys at the Baez Law Firm today to find out how we can help.