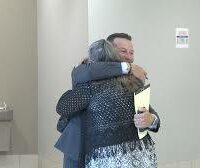 Charlie Ely was just eighteen years old when she was arrested and charged with first-degree premeditated murder in Marion County, Florida.

Charlie was charged as a principal to first-degree murder, requiring the State to prove that Charlie intended for the murder to occur and did some act that was intended to, and which actually did assist someone else in committing the murder.

The only evidence presented by the State as proof of Charlie’s intent and participation in the crime was a video recording of Charlie’s police interrogation, which was played in its entirety for the jury. Charlie’s trial attorney did not object to the video being played.

During the interrogation, Charlie admitted that on the night of the murder, she agreed to help lure the boy to her house so that her roommate could beat him up. The evidence showed however, that her attempt was unsuccessful. Later that night, the boy was lured to Charlie’s house by one of Charlie’s co-defendants.

The recorded interrogation showed the detective leave multiple times and return, each time confronting Charlie with information he claimed to have learned from Charlie’s co-defendants who were being interviewed in other rooms. The detective continued to push Charlie to tell him “the truth.”

The interrogation also showed the detective pretend to be the ghost of the victim and role-play with Charlie, asking Charlie – “Why did you let this happen to me?” and “Why didn’t you help me?” Charlie apologized to “the ghost” and said she knew that what she did was wrong and regretted not trying to save the boy’s life.

After deliberating for just more than an hour, the jury convicted Charlie of first-degree premeditated murder. She was sentenced to ninety-nine years in prison. Charlie sought relief in state court through direct appeal and a post-conviction motion, but both were unsuccessful.

More than two years later, the United States District Court for the Middle District of Florida conditionally granted the Petition finding that Charlie’s trial attorney was ineffective for failing to object to the portions of Charlie’s interrogation that contained the statements of her co-defendants and that showed the detective role-playing with Charlie as “the ghost” of the victim. The Court determined that had these portions of the interrogation been omitted from her trial, there was a reasonable probability that the result of Charlie’s trial would have been different.

In June of 2020, after spending nine years of a ninety-nine-year sentence in a Florida prison, Charlie Ely’s conviction for first-degree murder was vacated and she was finally able to leave prison and return home.

Although we cannot guarantee you the same results, Jose Baez has a thorough understanding of the law – not only at the trial level, but also in post-conviction proceedings. This case is a prime example of how being present in the wrong place at the wrong time and with the wrong crowd, can change the rest of your life. It also demonstrates the importance of choosing an attorney who will fight zealously to protect your rights – whether it be during the trial phase of a case or post-trial.