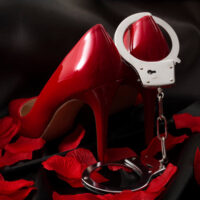 According to a report from ClickOrlando, Jason DiPrima—a deputy police chief from Georgia—bas been arrested and charged with solicitation of a prostitute in Central Florida. The incident occurred in Polk County. Mr. DiPrima was in the Orlando area to attend the American Polygraph Association. Here, our Orlando sex crimes defense lawyer explains what we know about this case and provides a more comprehensive overview of solicitation charges in general.

Mr. DiPrima is a deputy police chief for the Cartersville Police Department in North Georgia. On August 31st—while in Orlando to attend the American Polygraph Association—he reportedly responded to internet advertisement for a prostitute. He began a conversation and agreed to meet the other party and exchange $120 for “full service” sex. However, Mr. DiPrima was not aware that he was talking to an undercover police officer. He was eventually arrested, booked into jail in Polk County, and released on a $500 bond. The deputy police chief is facing a solicitation charge.

An Overview of Solicitation Charges in Florida

At The Baez Law Firm, our Orlando sex crimes defense lawyer has the professional skills and legal knowledge to defend both solicitation and prostitution charges. Give us a phone call today or connect with us online to arrange your completely confidential, no obligation initial appointment. With a law office in Orlando, we defend solicitation charges throughout Central Florida, including in Lake Buena Vista, Kissimmee, Apopka, Winter Park, Altamonte Springs, and Sanford.