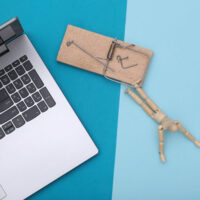 Few crimes, short of those involving homicide, are prosecuted more harshly than child pornography. Law enforcement agencies often go to substantial lengths to ensnare and arrest individuals suspected of viewing, collecting, or distributing sexually explicit images of minors. In some cases, a defendant may have a viable “entrapment” defense, i.e., they would not have committed a child pornography offense had they not been induced to do so by law enforcement.

In practice, however, such defenses rarely succeed. Nor does it usually help to try and argue the conduct of law enforcement in conducting a sting was itself outrageous. A recent decision from the U.S. 11th Circuit Court of Appeals, United States v. Castaneda, provides a cautionary example of this point.

The defendant in this case lived in San Diego. He saw a Craigslist ad purportedly posted by a 37-year-old woman in Atlanta who was offering her 9-year-old child for sexual activity. The ad stated, “If you know what I’m talking about reach out … no experience, don’t bother!!!”

The defendant contacted the poster by email. The defendant’s initial message indicated he was “experienced in what you’re looking for,” i.e., he had previously committed acts of “incest” and “pedophilia.” The defendant further stated he could “definitely make a visit” to Atlanta. The poster, who went by the name Kandi, said they were “on the same page” and confirmed she had a nine-year-old daughter who was “looking for someone with experience like you.”

As you can probably guess, “Kandi” was an undercover law enforcement agent. After continuing to exchange messages with the defendant, he eventually decided to fly to Atlanta to meet “Kandi” and her fictitious daughter. The moment the defendant stepped off the plane in Atlanta, he was placed under arrest and charged in federal court with one count of “attempting to entice a minor to engage in unlawful sexual activity” and another count of “crossing a state line” with the intent of having sex with a minor under the age of 12. A jury convicted the defendant of both charges, and the trial judge imposed a 35-year prison term.

On appeal to the 11th Circuit, the defendant argued the “government’s conduct in investigating him was so outrageous that it violated his Fifth Amendment due process rights.” Specifically, the defendant said that law enforcement exposed him child pornography as part of the undercover sting. The Court of Appeals rejected this claim and affirmed the defendant’s conviction and sentence.

The 11th Circuit described the defendant’s “exposure” to child pornography this way: While the defendant exchanged messages with “Kandi,” he asked for a picture of her to confirm her identity. The undercover agent provided an image and online profile for another woman who was previously convicted of child pornography crimes and was now cooperating with the government. The defendant then used information from that profile to “hack into” another online account that belonged to the same woman. That account contained images of child pornography, which the defendant downloaded to his computer.

Child pornography charges do not go away. As the case above demonstrates, even responding to an undercover law enforcement sting can land you in federal prison for multiple decades. That is why if you are arrested on such charges, your best course of action is to keep your mouth shut and contact a qualified Orlando criminal defense attorney as soon as possible. Call the Baez Law Firm today if you need to speak with a lawyer right away.