How Do Florida Courts Assess the Reliability of Scientific Evidence? 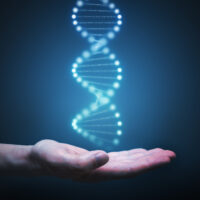 “Trust the science” is a phrase we hear a lot these days. But when it comes to evidence presented at a criminal trial, a court cannot simply take the prosecution’s scientific evidence at face value. Instead, the court must decide if scientific evidence–and the methods by which it was gathered–is sufficiently reliable and accurate enough to assist a jury in determining a defendant’s guilt or innocence.

In criminal law, we refer to this as the Daubert standard. It applies whenever either side, the prosecution or the defense, wants to call upon expert testimony at trial. The judge must first review the proffered testimony and decide not only if there are “sufficient fact or data” to support the expert’s opinions, but also whether those opinions are the “product of reliable principles and methods.”

Fourth District: Use of Computer Program to Analyze Multi-Sample DNA Was Proper

The Florida Fourth District Court of Appeals recently issued an important decision regarding the application of the Daubert standard to computer software that is designed to analyze DNA samples containing genetic material from multiple people.

Here is a brief rundown of the case. Prosecutors in Palm Beach County charged the defendant with first-degree murder and armed robbery arising from the death of a gas station employee. During the investigation of this crime, the Palm Beach County Sheriff’s Office crime lab needed to examine five DNA samples taken from clothing possibly related to the case. Each of the samples had a mixture of DNA from different people.

The police crime lab hired an outside private laboratory, Cybergenetics, to perform the analysis using its own proprietary software, which is called TrueAllele. The TrueAllele analysis found a “statistical match” between one of the DNA samples and the defendant. This evidence was presented at the defendant’s trial.

After the jury convicted the defendant, he appealed, challenging the trial judge’s decision to admit the TrueAllele analysis. To make a long story short, the defense argued that the TrueAllele software was insufficiently “reliable” to meet the Daubert standard as it did not require “internal validation” of the results. As the Fourth District explained in its opinion, there are two ways to test whether or not a new method of computer analysis, such as TrueAllele, is working properly. The first is called developmental validation, which involves testing by the manufacturer. The second is internal validation, which looks at whether the program complies with FBI quality assurance standards.

At the same time, the Fourth District admitted it was the first Florida appellate court to address this specific issue. So it is likely, if not probably, that defendants in future cases may renew their challenges to the reliability of the TrueAllele DNA analysis program. Indeed, every defendant has the right to demand the prosecution prove the reliability of the scientific evidence introduced against them.

If you are charged with a serious offense and need representation from an experienced Orlando criminal lawyer, contact the Baez Law Firm today to schedule a consultation.