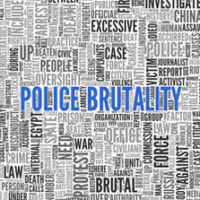 Police officers are supposed to protect and serve, but too often these days we hear about an officer who shot an unarmed victim, or an officer who was unnecessarily brutal with a suspect. Unfortunately, those officers are hardly ever reprimanded, and the incident is brushed under the rug to be forgotten about. For victims of police brutality, it can be disheartening to know that your case may never seriously be heard, and that the offending officer will continue to walk the streets, free to commit more brutal acts against undeserving victims. Fortunately, the team at The Baez Law Firm is here to stand up for victims of police brutality and to ensure that it does not happen again. Our Orlando civil rights lawyers aggressively advocate on behalf of victims and use our knowledge of the law to make sure that the victim receives justice for the wrong committed against them.

Filing a Civil Claim Against a Police Officer for Excessive Force

Much to many people’s dismay, police brutality is not a criminal offense. If you were assaulted by an officer of the law, your best option would be to file a civil claim against the officer. Typically, the claim would involve the “tort” – a legal term for a civil wrong – of negligence. The law under which you are protected is the Civil Rights Act of 1871 (42 U.S.C. § 1983). According to the act, the use of excessive force by a police officer violates the victim’s constitutional rights, and is grounds for a valid claim under section 1983 of the act.

While the law clearly states that excessive force by a police officer is illegal, it can be difficult to define “excessive,” as the term varies depending on the situation. Typically, police officers are permitted to use whatever force is necessary to make an arrest and to defend themselves. The officer must use his or her discretion to determine what type of force is reasonably necessary. Unfortunately, in a court of law, a judge will assume that the police officer did what any other reasonable individual would have done with the officer’s knowledge of the given situation. This assumption makes it very difficult to prove police brutality, as it is more often than not the officer’s word against the victim’s.

The Burden of Proof

While the plaintiff is not required to prove guilt beyond a reasonable doubt in a civil suit, their burden of proof will be much stricter when an officer is involved. In many cases, there will be the presumption that the officer acted with the amount of force necessary to make the arrest. Some courts might require the plaintiff to prove that the officer used excessive force by “clear and convincing evidence,” a standard much higher than “by a preponderance of evidence,” but lower still than “beyond a reasonable doubt.”

While you do not necessarily have to be innocent of the crime for which you were arrested, innocence will help in the event that an officer brutalized you.

Retain the Representation of a Skilled Orlando Civil Rights Lawyer

At The Baez Law Firm, we fight for the rights of the accused and the victimized. If an officer used excessive force against you, do not let his or her actions go unnoticed. Call attention to the violence by filing a civil suit against the offending officer. To obtain justice, allow the Orlando civil rights lawyers at The Baez Law Firm to represent you in your time of need. Call 800-588-BAEZ now to schedule your free consultation.