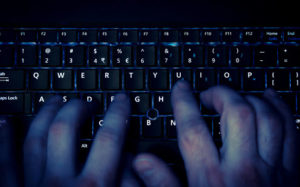 If you have been charged with identity theft in Miami, Florida, you face harsh legal repercussions, as the state has increased its efforts to reduce the amount of identity theft and fraud that occurs within its boundaries. Consult a Miami identity theft lawyer today to see how you can defend yourself against charges of identity theft brought against you.

Under Florida Statute 817.568, a person may be charged with a felony of the first, second or third degree for a number of identity theft crimes, including but not limited to:

In addition to any criminal punishments that you might face if convicted of identity theft in Miami, Florida, you will also have to deal with the consequences of the charges being on your record. Identity theft charges will make it difficult – if not impossible – to find gainful employment in the future. Furthermore, it will be difficult to open any sort of banking account, to pull out a loan, or even to rent an apartment.

At The Baez Law Firm, our Miami identity theft lawyers have dealt with several complex cases involving allegations of fraudulent schemes, intentions, and other wrongful appropriations of another individual’s personal information. We have extensive experience in building aggressive defenses for clients charged with identity theft, and have achieved numerous successful outcomes. If you have been charged with identity theft, do not hesitate, and contact our Miami criminal defense law firm at 800-588-BAEZ to schedule your free consultation today.