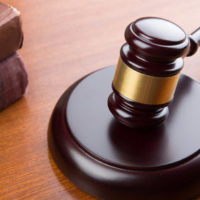 On December 5th, the U.S. Supreme Court heard arguments in a case that will be monumental for civil rights: Masterpiece Cakeshop v. Colorado Civil Rights Commission. The case involves a Colorado baker who refused to bake a cake for a couple who was getting married because the couple was homosexual. While arguments indicated that the conservative judges on the court sided with the baker, it is clear that there is no way to rule in his favor without upending decades of civil rights law.

Specifically, although the baker has claimed that ruling against him would violate his religious rights, ruling in his favor would arguably have serious implications for protection against discrimination in public accommodation laws all over the country.

Discrimination Based On Free Speech & Freedom of Religion?

Although Justice Kennedy authored the 2015 opinion legalizing same-sex marriage in Obergefell v. Hodges, during arguments in the current case, he criticized the Colorado Civil Rights Commission in this instance, indicating that they were neither tolerant nor respectful of the baker’s religious beliefs. However, Kennedy also noted just how significant a decision in the baker’s favor would be in terms of significant civil rights implications.

The baker also claims that his cakes are covered under free speech, as his cakes are an “expression” of that artistic free speech, eliciting questions from the court as to how far a claim like that could apply when it comes to similar professions, such as hairdressers and florists.

Conversely, attorneys representing the couple discriminated against argued that this is simply a case of the conduct of those who provide services in the marketplace, and that the case cannot involve free speech—or even religion—as there was never even any discussion of a message on the cake. In fact, the thing known by the baker in denying services was that the couple was gay. In other words, this is identity-based discrimination, plain and simple.

While Colorado bars identity-based discrimination like this, Florida state law does not explicitly address discrimination based on sexual orientation or gender, even though a majority of Floridians support legally protecting LGBT people from this kind of discrimination.