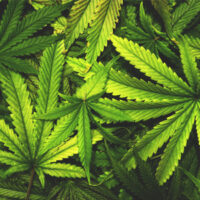 A lot has changed since 1989.  In those days, almost every box of candy you bought from the gas station would have the words “say no to drugs” printed on the inside of the opening flap.  1989 was such a long time ago that some of your favorite 80s candies have been discontinued, while others have changed their names, some of them because the old names and branding were replete with racist stereotypes.  More importantly, our understanding of drug addiction has changed, as has the criminal court’s approach to cases involving drugs.  Specifically, the young generation no longer sees cannabis as a scary substance that endangers anyone in the vicinity of a person who consumes it.  Some people think of cannabis as an essential component of social gatherings or solo relaxation, the way earlier generations saw alcohol and tobacco.  Others consider it a promising new trend in wellness.  Many cities in Florida, including Orlando, have decriminalized marijuana, so that instead of getting criminal charges for possessing a small amount of marijuana, you just pay a citation, like you would for a parking ticket.  Despite this, many defendants convicted in the days of “Just Say No” are still serving sentences for marijuana-related offenses.  One man who has been incarcerated for a marijuana crime since 1989, but that does not mean that the days of prison sentences for cannabis convictions are over.  If you are facing charges for marijuana or any other controlled substance, contact an Orlando drug crimes defense lawyer.

In 1989, Richard DeLisi and his brother Ted were living in Broward County.  While visiting Polk County in 1989, both brothers were arrested for their role in a marijuana trafficking operation.  Their charges included Racketeering Influenced Corrupt Organizations (RICO) Act violations, trafficking in cannabis, and conspiracy to traffic in cannabis.  They were both convicted and sentenced to three consecutive 30-year sentences in prison; 90 years behind bars was a harsh punishment for marijuana trafficking even in the 1980s.  Ted was released in 2013 after his conspiracy conviction was overturned on appeal; he now lives in North Carolina.

Thanks to the work of his lawyers and of criminal justice reform activists, Richard DeLisi will be released before the end of 2020, as he is one of the prisoners receiving clemency in Florida this year.  Gov. De Santis has determined that there is less danger to DeLisi, and to society in general, if he is released than if he stays in prison.  Because he is incarcerated, DeLisi is at high risk of COVID-19 exposure; six inmates in his prison have tested positive.  Because he is 71 years old and suffers from diabetes, high blood pressure, and asthma, among other chronic health conditions, he is at high risk of dying if infected with COVID-19.  Furthermore, it costs Florida taxpayers $70,000 per year for every incarcerated person above the age of 50.

Florida cannabis laws are changing, but as of 2020, it is still entirely possible to go to prison for sale or trafficking of cannabis.  Your Orlando drug crime lawyer can make all the difference in the outcome of your case.  Contact the Baez Law Firm for help with your case.