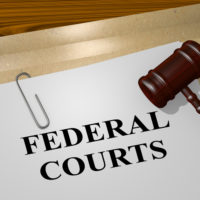 According to the data recently collected by the federal judiciary and analyzed by the Pew Research Center, trials and acquittals are becoming more and more rare when it comes to federal criminal charges. Specifically, during the 2018 fiscal year, close to 80,000 people were defendants in federal cases, and only two percent of them went to trial; while 90 percent pled guilty. In addition, most of those who didn’t go to trial were found guilty. This means that less than one percent of those who went to trial were actually acquitted (or “won” their cases), and this includes defendants charged with a myriad of crimes, such as serious misdemeanors, felonies, and petty offenses.

In fact, trial rates were low regardless of the types of charges; for example, the following percentage of defendants charged for these offenses went to trial during the 2018 fiscal year:

Why This Is Happening

While trials have always been rare in federal criminal justice system, over time, they sharply decrease every year. For example, they went from approximately 4,700 in 1998 to 1900 in 2018. And while trials become rarer, of course, guilty pleas became more common; increasing to 90 percent just over the last two decades. Some experts have called this the “trial penalty” phenomenon, whereby people exercise their right to go to trial less frequently because the system imposes higher sentences if they invoke this right.

While those who were able to obtain a bench trial appear to have a better chance of being acquitted than those who received a jury trial, still, bench trials are far less common than jury trials when it comes to the federal criminal justice system. In addition, research indicates that the race of the defendant directly and significantly affects the determination of guilt when it comes to jury trials.

Unfortunately, state courts operate somewhat similarly, where trial rates in criminal cases are very low, including in Florida, where jury trials accounted for less than 1.5 percent of criminal dispositions.

Typically, federal laws have harsher repercussions when it comes to sentences and negotiating plea bargains. If you are in Florida and have been charged with a federal crime, contact our experienced Miami & Orlando federal crime attorneys at the Baez Law Firm today to help ensure that you do not become a victim of the system.