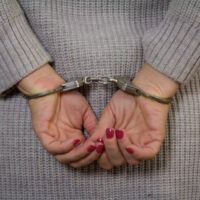 According to a report from Florida Today, an Orlando woman has been arrested in relation to a fatal hit-and-run collision that occurred in June of 2022. The crash happened near the Hubert Humphrey Bridge in Merritt Island, Florida. Tragically, a 56-year-old bicyclist named Stephan Christian Morf was killed in the accident. 35-year-old Anabel Morales of Orlando has now been arrested and booked into the Orange County Jail. Here, our Orlando criminal defense lawyer explains what we know about this fatal hit-and-run crash case and discusses the charges that have been filed.

Based on a report, the Florida Highway Patrol (FHP) determined that Mr. Morf was struck and killed by a Chrysler traveling westbound on the Merritt Island Causeway on June 3rd, 2022. The FHP reports that the vehicle in question failed to maintain its lane, striking Mr. Morf who was riding his bicycle on the shoulder. Due to the extreme force of the impact, he was thrown into the adjacent river. The United States Coast Guard (USCG) was involved in the recovery effort.

Based on a multi-month investigation, police and prosecutors have come to the conclusion that the vehicle in question was driven by Anabel Morales of Orlando. She has been arrested and charged with several criminal offenses, including leaving the scene of a deadly accident and knowingly tampering with relevant evidence. Ms. Morales is presumed innocent until proven guilty in a court of law.

A Hit-and-Run is a Serious Criminal Offense in Florida

In Florida, all motorists involved in a crash are required to stop their vehicle and remain at the scene of the accident—but for a medical emergency. The failure to do so is a criminal offense. The severity of a hit-and-run charge in Florida depends on several different factors—most notably, the severity of the crash. Here is an overview of hit-and-run criminal charges in Florida:

At The Baez Law Firm, our Orlando hit-and-run accident defense attorney has the skills and legal experience to handle the full range of criminal charges. If you or your loved one was arrested, professional representation is a must. To arrange a strictly confidential case review with a criminal defense lawyer, please contact us today. With an office in Orlando, we defend hit-and-run crashes throughout Central Florida, including in Orange County, Osceola County, and Seminole County.