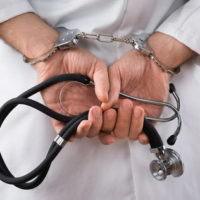 Medicare fraud has become a huge problem in the U.S. in the past decade, with a reported ___ cases. Just recently, on March 9, the long-awaited trial began for prominent West Palm Beach eye doctor, Salomon Melgen. According to sources, Melgen stole millions of dollars from the Medicare system between the years 2008 and 2013. However, Melgen went about doing so in a rather clever fashion: he made false diagnoses on several of his patients, thereby convincing them that they needed to undergo a certain procedure or treatment. He did all this to get money from the Medicare system.

Melgen’s federal crimes defense lawyer argued that Melgen only did what he had to do to achieve the best outcome for his patients. He used the term, “aggressive medicine,” which basically means that the doctor was forced to use an invasive or vigorous treatment in order to obtain the desired results.

The prosecution, however, insists that this case is about a doctor who lied to both his patients and the Medicare system for money. Not only did he lie about the diagnoses, but also, he falsified tests in order to “prove” to the patient that they did, in fact, need the prescribed treatment. He then charged Medicare for those tests as well. As a result, Melgen was bringing in a gross income of $72,000 annually.

Other doctors came to Melgen’s defense as well. While many claimed to not agree with his practices, they did admit that they understood what he was trying to do. Other eye doctors testified that they actually sent their most difficult cases to Melgen, as Melgen’s “cutting edge” treatments had a way of working medical wonders. Because of his success, many of Melgen’s patients loved him.

However, the prosecution has pretty strong evidence for dozens of cases in which she can prove that Melgen did in fact lie to his patients about their diagnosis. She displayed several photographs of patients whose prosthetic eye Melgen claimed to have tested and treated; patients who had the more-severe version of age-related macular degeneration, a condition that cannot be treated, but whom he diagnosed with the less-severe and treatable version just so he could charge them for painful yet profitable injections; and patients who were told that if they continued to visit his office, they would get better, even though almost every reputable eye doctor would have said otherwise.

If found guilty, Melgen faces up to 610 years in prison. As of right now, he is out on an $18 million bond. Unfortunately for Melgen, the prosecution has a pretty tight case. Melgen and his lawyer have a tough road ahead of them, but as we know at The Baez Law Firm, that does not mean impossible.

Medicare fraud is an extremely serious crime against the government, one that, if convicted of, can land you in prison for life. On top of that, you or your family will be forced to pay the government back for all the money stolen from them. If you or a loved one is charged with Medicare fraud, it is imperative that you seek the help of a Miami federal crimes defense lawyer right away. Reach out to The Baez Law Firm at 800-588-BAEZ for the most aggressive and effective legal representation, and to schedule your free consultation now.