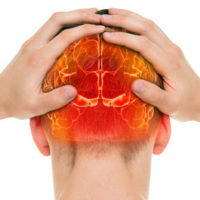 A study recently released by Vanderbilt University could have huge repercussions on those who are charged with violent crimes.  Specifically, the study presents evidence that draws a direct connection between certain types of criminal behavior and preexisting brain trauma.

This type of study could ultimately help establish how an individual could go from behaving normally to committing a violent, criminal act just based on damage and/or changes to certain areas of their brain and, as a result, have a significant effect on sentencing.

Study Looks At Seemingly “Normal” Individuals Who Then Commit Crime

The study specifically analyzed individuals who had brain tumors, a stroke, and/or brain bleeding, and who had seemingly committed a violent crime ‘out of nowhere’ (i.e. who potentially had a change in behavior without a clear explanation). The text of the study itself referenced notorious cases like that of Charles Whitman, who murdered 16 people after a brain tumor developed.

The results provide insight into why some brain lesions might predispose people to criminal behavior; while others may not; all depending upon the location of the lesions (or trauma). Specifically, lesions analyzed in this specific study all fell within a functionally unique connected brain network involved in “moral decision-making.” The network regions connected were all linked to morality, theory of mind, and value-based decision-making.

The study ultimately identified 17 lesion cases—or a “mapping of lesions”—with known temporal association to criminal behavior. While no single brain region was damaged in all cases, the lesion sites included locations within the bilateral temporal lobes, the medial prefrontal cortex, and the orbitofrontal cortex, specifically. All lesions were effectively functionally connected to the same network of brain regions, and the criminality-associated connectivity pattern was unique when compared to other issues, such as certain mental disorders. The results suggest that lesions in those who commit crimes occur in different brain locations, but are at the same time localized to provide a “unique resting state network.”

While previous studies did try to use brain imaging to explain certain abnormalities in those who had committed crimes, they still failed to address whether those abnormalities were a cause or a simply an incidental correlation of the criminal act.

Florida and Massachusetts Criminal Defense for Those with Brain Trauma

If you or a loved one has been accused of a crime and suffer from a brain trauma such as a tumor, it is crucial that you work with an experienced criminal defense attorney in ensuring that important medical factors like these are properly presented at trial. This also applies to all of the recent science that has emerged concerning Chronic Traumatic Encephalopathy and its role in criminal behavior.

At The Baez Law Firm, we offer top skilled legal advocacy for our clients. Contact us today to find out more.