Supreme Court Pulls Back on Constitutional Protections for Juvenile Offenders 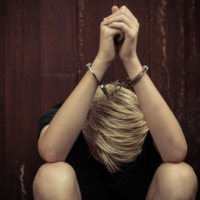 The United States is the only country on Earth that allows individuals to receive sentences of life imprisonment without the possibility of parole for crimes committed as juveniles. Although several individual states have banned this practice in recent years, Florida and many other states keep “juvenile life with parole” on their books. And due to a recent decision from the United States Supreme Court, it may be much more difficult for those serving such sentences to seek relief in the courts.

In 2012, the Supreme Court issued its decision in Miller v. Alabama. That case involved two men sentenced to life without parole for murders they committed when they were 14 years old. The Court held such a punishment violated the Eighth Amendment to the U.S. Constitution–which forbids cruel and unusual punishment–as neither the sentencing judge nor the jury had the discretion to impose a lesser sentence, such as life with the possibility of parole. Notably, the Court did not ban juvenile life without parole; it merely said the sentencing court needed to consider the juvenile’s “special circumstances in light of the principles and purposes of juvenile sentencing.”

Which brings us to the Court’s most recent decision, Jones v. Mississippi. The defendant in this case was convicted of a murder committed when he was 15 years old. Under Mississippi law, he was automatically sentenced to life without parole. After the Supreme Court decided Miller, the defendant requested and received a new sentencing hearing. But at the re-hearing, the judge again imposed a sentence of life without parole.

On appeal to the Supreme Court, the defendant argued that the sentencing judge needed to make a “separate factual finding that a murderer under 18 is permanently incorrigible” before imposing a sentence of life without parole. The Mississippi courts previously rejected this argument.

So did the Supreme Court. In a 6-3 decision, the Court said that neither the Miller nor the Montgomeryrulings actually required a separate finding that the defendant was beyond redemption. The prior rulings only required the sentencing court to have some “discretion” to impose a lesser sentence. Furthermore, the Court said a judge need not even provide any “on-the-record sentencing explanation” regarding their consideration of the defendant’s youth before imposing a sentence of life without parole.

Justice Sonia Sotomayor, one of the 3 justices who dissented from the Court’s decision in Jones, said the practical effect of the majority’s ruling was to “gut” the prior Millerand Montgomery decisions.

Unfortunately, Jones is now binding law. This means that juvenile offenders who are convicted of murder face the prospect of a lifetime in prison without any possibility of release. If your, or someone in your family, is facing such charges, it is imperative they work with an experienced Orlando criminal defense attorney who will fight for their best interests. Contact the Baez Law Firm today if you need to speak with a lawyer right away.