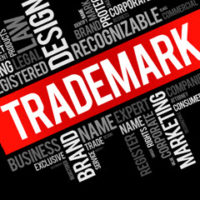 While most trade secret disputes have traditionally been handled through civil litigation, knowingly stealing or receiving a stolen trade secret is actually a federal crime under the Economic Espionage Act, and prosecution of trade secret misappropriation is reportedly on the rise.

Specifically, there are a number of recent criminal trade secret investigations and prosecutions involving the technology sector. For example, several individuals are currently being prosecuted for trying to send data from their employers to third-party sites and attempted theft of trade secrets via attempting to smuggle trading code into other files. In addition, in May, seven individuals were charged with stealing military manufacturing trade secrets from a U.S. business on behalf of a Chinese firm. And in one particularly high-profile case, the co-founder of the self-driving truck company “Otto” will now potentially face criminal charges for allegedly using Google’s trade secrets for his own startup (which was eventually acquired by Uber).

All of these recent prosecutions indicate that the Department of Justice is increasingly exercising its jurisdiction over prosecution for trade secret theft, perhaps due to the belief that this will effectively protect American businesses.

Under the law, you can be charged with economic espionage if you knowingly do any of the following with the intent or knowledge that it will benefit a foreign entity:

The law also states that any individual who engages in any of the above with the intent to convert a trade secret for the economic benefit of anyone other than the owner can be imprisoned for up to 10 years.

In addition to the Economic Espionage Act, there is also the Computer Fraud and Abuse Act, which makes it illegal to intentionally access a computer without and/or in excess of authorization.

Federal crimes can carry harsher repercussions than state crimes, and federal prosecutors often have less sway to negotiate a plea deal with the accused.

If you have been charged with trade secrets theft or any other federal crime, work with an experienced criminal defense attorney to ensure that your rights are protected. These types of cases can involve a significant amount of discovery–risking that defendants could incriminate themselves—in addition to forensic experts and thorough investigations in order to properly build the right defense.

To learn more and obtain a free legal consultation, contact the Baez Law Firm today to find out how we can help.