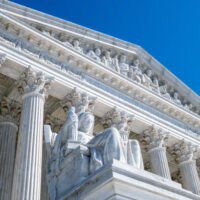 Far too many Florida residents have been arrested and charged with crimes that they did not commit. In some cases the innocent victims of such malicious prosecution can file a federal civil rights lawsuit and seek compensation. And thanks to a recent United States Supreme Court decision, such claims are now easier to pursue.

In 1871, President Ulysses S. Grant signed the Civil Rights Act of 1871. This created a federal statute, which is still on the books, enabling individuals to sue state and local government officials for violations of their constitutional rights. This includes the right to be free from “unreasonable seizures” under the Fourth Amendment.

The Supreme Court’s decision, Thompson v. Clark, focused on this third element. The plaintiff in this case lived in Brooklyn with his wife and sister-in-law. The sister-in-law “apparently suffered from a mental illness,” according to court records and falsely accused the plaintiff of sexually abusing his infant child.

The police, acting on this false accusation, entered the plaintiff’s apartment without a warrant and placed him under arrest. The child was examined by a doctor, who found no signs of abuse. Police still charged the plaintiff with “obstructing governmental administration and resisting arrest.” He remained in jail for 2 days before being released without bail. The district attorney’s office later moved to dismiss the charge in court without providing any explanation.

The plaintiff subsequently filed a civil rights lawsuit against the officers who arrested him on grounds of malicious prosecution. A federal judge dismissed the case based on binding precedent from the U.S. Second Circuit Court of Appeals, which holds that malicious prosecution requires proof that the criminal case “ended not merely without a conviction, but also with some affirmative indication of innocence.” In other words, because neither the prosecutor nor the trial judge said the plaintiff was actually innocent, the mere dismissal of the case did not enable him to bring a civil rights lawsuit.

The Supreme Court rejected that reasoning and overturned the Second Circuit’s precedent. The Court held that for purposes of a federal civil rights lawsuit, a plaintiff “need not show that the criminal prosecution ended with some affirmative indication of innocence.” As was the case here, the plaintiff only had to show their criminal case ended “without a conviction.”

The Supreme Court’s decision is welcome news for thousands of people who have been improperly charged with criminal offenses. If you have been the victim of a false arrest and need legal advice from a qualified Orlando civil rights lawyer, contact the Baez Law Firm today to schedule a free consultation.