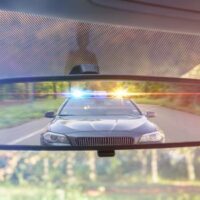 Florida is home to a number of federally recognized Native American tribes and Indian reservations. As the U.S. Supreme Court has explained, Native American tribes are considered “distinct, independent communities” that exercise “limited” sovereignty within their respective reservations. This includes the ability to regulate their own domestic affairs and maintain their own police forces.

The Supreme Court recently addressed a question of criminal law arising from this limited sovereignty–namely, whether a tribal police officer may lawfully detain a non-Native American on a public highway that runs through a reservation on suspicion of violating a federal or state law. The case before the Court, United States v. Cooley, involved the Crow Reservation, which is located within the borders of Montana.

One day in 2016, an officer with the Crow Police Department was on patrol on US Highway 212, which runs through the reservation. The officer observed a truck parked on the side of the road. The officer stopped to render assistance. When the officer approached the truck, he noticed the driver–the defendant in this case–appeared to be a “non-native.” More to the point, the officer also observed the defendant had “watery, bloodshot eyes” and had two firearms lying on the seat next to him.

The officer ordered the defendant out of the truck and conducted a patdown search. After calling for backup, the officer then examined the truck and saw drugs and drug paraphernalia. When backup arrived, the defendant was placed under arrest and taken to the Crow Police Department, where he was questioned by both local and federal law enforcement.

A federal grand jury later indicted the defendant on various drug and gun charges. The trial judge suppressed the evidence gathered during the Crow officer’s search, however, holding that the tribal officer “lacked the authority to investigate non-apparent violations of state or federal law by a non-Indian on a public right-of-way crossing the reservation.”

The Supreme Court reversed the trial court’s ruling. In a unanimous decision, the justices held that while a Native American tribe’s sovereign powers typically do not extend to non-members of that tribe, there were two exceptions. The first exception applied to taxation and licensing of non-members who enter into voluntary commercial relationships with the tribe. The second was for conduct by non-members on the reservation that threatened the “health or welfare of the tribe.” The Court held the second exception squarely applied to the facts of this case. Here, the Crow police had the authority to detain, search, and ultimately transport a non-member to the “proper authorities.”

If you are detained by the police in any jurisdiction, it is crucial that they follow the law and respect your constitutional rights. Any failure on that part may provide grounds to invalidate a search or arrest. If you need legal advice from an experienced Orlando criminal defense attorney, contact the Baez Law Firm today to schedule a consultation.