Understanding the Different Types of DUI Charges in Florida 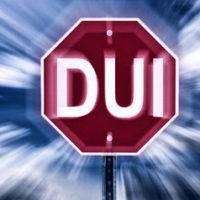 According to the Florida Department of Law Enforcement, there are nearly 50,000 DUI arrests on an annual basis. In the state of Florida, charges associated with driving under the influence (DUI) are often lumped into the singular term of “DUI”. However, many people may not know that there are numerous types and levels of DUI in Florida. Regardless of the DUI offense, those convicted of a DUI-related charge can lose their privilege to operate a motor, face potential jail time, and fines. Thus, it is extremely important that you speak with an experienced criminal defense attorney following a DUI arrest. A knowledgeable attorney who understands the law can prove to an invaluable asset as you fight for your freedom.

If you have been charged with DUI it is critical that you immediately speak with a criminal defense attorney. During this time the prosecution will be doing everything in their power to build a strong case against you. Thus, it is critical that you find defense that will be able to advocate on your behalf and stand up for your rights. At the Baez Law Firm our dedicated DUI defense team understands your situation and has the ability to effectively fight for your freedom. Call us today at 800-588-BAEZ for a free consultation.