What Constitutes as Involuntary Manslaughter in Florida? 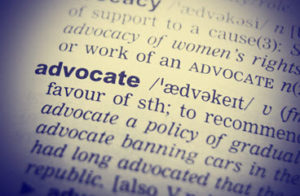 It happens in car accidents, self-defense cases, or reckless criminal negligence—a person will act in some haphazard way and with a wanton disregard for others, when they accidentally kill another human being. The negligent person will panic, certain that they are going to prison for life for murder.

While the taking of another human life is never okay under any circumstances, accidentally killing another individual is a far cry from murder, which is defined by Florida Statute 782.04 as “a premeditated design to effect the death of the person killed or any human being.” Unlike murder, when a victim’s death is unintended, the perpetrator is likely to be charged with involuntary manslaughter, defined under Florida Statute 782.07 as, “The killing of a human being by the act, procurement, or culpable negligence of another, without lawful justification.”

If you have recently been involved in an incident that resulted in the death of another human being, do not hesitate, and reach out to the Orlando homicide lawyers at The Baez Law Firm today. Oftentimes, a prosecutor will try to claim murder or even voluntary manslaughter, charges that come with much harsher sentences and punishments than involuntary manslaughter if convicted. To ensure that you are not charged with a crime you did not intentionally commit, retain the help of one of our seasoned criminal defense lawyers right away.

In order to prove that you are guilty of involuntary manslaughter, the prosecution must submit evidence supporting the following three elements:

While involuntary manslaughter usually follows the illegal actions of an individual, it can also occur when an individual performs perfectly legal actions in a reckless fashion. For instance, if a mother fails to properly strap her child into his or her car seat, and as a result, the child dies in what should have been a minor car accident during that car ride, the mother could be charged with involuntary manslaughter for not properly ensuring the safety of her child.

In order to release you of the manslaughter charges brought against you, our Orlando homicide lawyers will try to disprove one of the aforementioned three elements. Additionally, we may try to prove one of the following:

Retain the Legal Assistance of an Orlando Homicide Lawyer

At The Baez Law Firm, our criminal defense team will evaluate the circumstances surrounding your case and determine the actual strength of the prosecution’s case. The evidence against you and our perceived strength of the prosecution’s case will determine which strategy we will use to defend you against the involuntary manslaughter charges brought against you. Do not hesitate, and contact our Orlando homicide lawyers as soon as you are charged, or if possible, as soon as you suspect that you are going to be charged. Call us at 800-588-BAEZ today to schedule your free consultation.