What Constitutes Felony Battery In Florida? 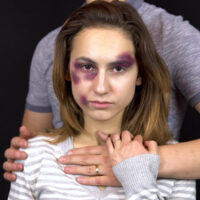 In Florida law, a battery refers to the intentional striking or touching of another person without their consent. This is distinct from assault, which only requires a “threat” of violence against another person. In other words, threatening to hit someone is assault; actually hitting them is battery.

Battery is prosecuted as a felony when the unlawful striking or touching of another person causes them “great bodily harm, permanent disability, or permanent disfigurement.” Additionally, Florida defines a separate felony for “domestic battery by strangulation” if a person “impedes the normal breathing or circulation of the blood of a family or household member or of a person with whom he or she is in a dating relationship.”

Domestic battery by strangulation requires proof that the defendant intentionally created a risk or caused “great bodily harm by applying pressure on the throat or neck of the victim.” Intent may be inferred by the jury without direct evidence.

Indeed, the Florida Fourth District Court of Appeal recently addressed such a case. In Dennis v. State, prosecutors charged the defendant with strangling his then-girlfriend. At trial, the girlfriend testified that the defendant had a dream where she cheated on him. This led to a weekend of arguing.

The defendant argued this testimony alone was insufficient to prove domestic battery by strangulation. He moved for an acquittal at the close of the prosecution’s case. The judge denied the motion and the defendant decided to testify himself. He maintained that the girlfriend initiated the physical altercation and that he slapped her in the face in self-defense.

The jury apparently did not believe the defendant’s story and convicted him of the battery by strangulation charge. On appeal, the Fourth District said there was sufficient evidence to support the jury’s verdict. The appellate court noted the law only required proof that the defendant intended to “impede” the girlfriend’s breathing, not necessarily to “cut it off entirely.” Nor did the prosecution need to show that the girlfriend lost consciousness or was injured due to “lack of circulation.” The statute only required proof of intent to impede her circulation.

A felony battery charge can mean serious jail time. It can also brand you as a convicted felon for the rest of your life. That is why it is important to work with an experienced Orlando assault and battery lawyer who will provide you with a zealous defense. Contact the Baez Law Firm today to schedule a free consultation with a member of our team.