What Is A “Bill Of Particulars” In A Federal Criminal Case? 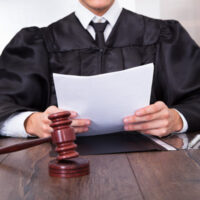 In any criminal prosecution, the defendant has the right to know the specific charges against them. This typically comes in the form of an information or indictment. An information is a charging document filed by the prosecutor spelling out the basis for the defendant’s arrest and charge. An indictment is similar, but it is issued by a grand jury after hearing evidence presented by the prosecutor.

If an information or indictment is still sufficiently unclear, the defendant has the right to ask for a bill of particulars, essentially a request for further clarification on the details of the alleged crime. The purpose of a bill of particulars is to “minimize surprise at trial,” according to the U.S. 11th Circuit Court of Appeals, which oversees federal criminal trials here in Florida. This process also ensures the government does not try to retry the defendant later for the same basic offense.

At the same time, federal courts have said that asking for a bill of particulars is not a valid reason to seek information about the government’s trial strategy in a criminal case. The 11th Circuit recently addressed such a scenario in a published decision, United States v. Hardwick. This case actually involved two defendants accused of orchestrating a large-scale corporate fraud. At trial, the government argued that the first defendant, a man named Hardwick, basically siphoned millions of dollars from his real estate law firm’s trust accounts to pay back his personal debts. The government said Hardwick’s co-defendant, a woman named Maurya, helped him embezzle the funds while acting as the firm’s chief financial officer.

Maurya pleaded guilty to federal criminal charges. Hardwick elected to go to trial and the jury found him guilty of wire fraud and several related charges. The judge then sentenced Hardwick to 15 years in prison, Maruya to 7 years, and ordered both defendants to pay over $40.3 million in restitution.

On appeal, the 11th Circuit held that Maruya was entitled to a new sentencing hearing because the trial judge “applied a sentencing enhancement that did not exist when her offense was committed.” The appellate court also said both defendants were entitled to a new hearing on the restitution order, as the trial judge never provided any “factual findings” in calculating its award.

But that is where the good news for the defense ended. Notably, the 11th Circuit rejected Hardwick’s argument that the trial court erred in failing to order a bill of particulars prior to trial. The Court noted that Hardwick’s proposed bill of particulars asked a number of highly specific questions regarding the government’s case, which went beyond what the prosecution was required to provide. In effect, the 11th Circuit said Hardwick really wanted the government to explain its trial strategy, which was not the purpose of a bill of particulars. More to the point, the indictment put Hardwick “on adequate notice of the charges against him.”

If you are charged with any sort of corporate fraud or embezzlement, it is crucial to work with a qualified Orlando white collar crimes defense lawyer who will work to ensure the prosecution and the courts respect your rights. Contact the Baez Law Firm today if you need to speak with an attorney right away.