What Is An Allen Charge And How Could It Affect My Criminal Case? 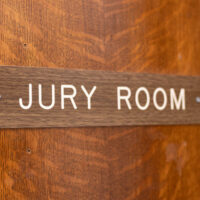 You are probably familiar with the rule that a jury must reach a unanimous verdict in a criminal case. So what happens when a jury deadlocks and cannot achieve unanimity? If the deadlock persists and shows no signs of resolution, the judge can declare a mistrial. This does not mean the defendant is free to go, only that they are entitled to a new trial before a different jury.

For their part, Judges need to tread carefully when they are informed of a deadlock by the jury. The judge cannot coerce or attempt to force a verdict. But the judge is allowed to “urge” the jury to reach a unanimous verdict by giving what is known as an Allen instruction. Named for a 1896 U.S. Supreme Court decision, Allen v. United States, this instruction is currently reflected in Florida’s rules governing criminal trials.

The key part of Florida’s model Allen instruction advises–but does not command–the jurors to take turns and “tell each of the other jurors about any weakness of your own position.” Again, the judge cannot order any juror to change their mind for the sake of reaching unanimity. And in practice, a judge who issues an Allen instruction prematurely may prejudice the defendant’s right to a fair trial.

But can a judge wait too long to issue an Allen instruction? The Florida Third District Court of Appeal recently addressed this issue. In Blackman v. State, prosecutors charged the defendant with second-degree murder. The case was tried over three days. A little under two hours into deliberations, the jury returned a guilty verdict.

But when the judge polled each juror individually–a common practice in criminal trials–one juror started crying and did not answer when asked if she agreed with the guilty verdict. The judge then decided to send the jury back into deliberations. The defense argued the court should declare a mistrial, but the judge refused.

On appeal, the Third District held the trial judge did not err in declining the defense request for an Allen instruction. As the appellate court reviewed the trial record, it found no evidence the jury was actually “deadlocked,” which would trigger the need for the instruction. Rather, one juror expressed concern about the severity of the defendant’s potential sentence–an issue that is decided by the judge, not the jury. Under the circumstances, the Third District said there was no evidence the judge coerced the jury improperly into returning a guilty verdict.

When your life or freedom are on the line, you want to make sure you present the strongest defense possible. An experienced Orlando homicide lawyer can zealously represent your interests in court. Contact the Baez Law Firm today to schedule a free consultation.