What Is the “Good Faith” Exception to the Fourth Amendment’s Search Warrant Requirement? 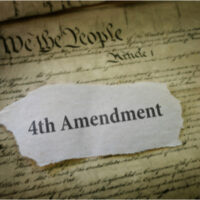 In any criminal case, the police must normally obtain a search warrant before searching a suspect’s property without their permission. We say “normally,” because over the years, the courts have carved out a number of exceptions to the Fourth Amendment’s warrant requirement. One of these is known as the “good faith” exception.

The basic idea behind the good faith exception, as explained by the United States Supreme Court, is that when police officers “reasonably relied on a warrant that was later deemed invalid for lack of probable cause,” any evidence they recover is nevertheless admissible in court. In other words, even though the search was technically illegal, the officers had a good faith belief they were following the law, so the evidence they seized can still be used against the defendant.

To give a practical example of the good faith exception, consider this recent decision from the U.S. 11th Circuit Court of Appeals, United States v. Morales. Federal prosecutors in south Florida charged the defendant here with possession of marijuana with intent to distribute. The case began with a local sheriff’s office “received an anonymous tip” claiming the defendant was selling drugs from his home.

The sheriff dispatched two officers to the defendant’s home. The officers searched the trash cans at the end of the defendant’s driveway. They found a “plastic bag containing small amounts of marijuana.” Officers conducted a second trash search a few days later and found what they considered additional drug paraphernalia.

Two weeks later, officers applied for a search warrant of the defendant’s house. In applying for the warrant, the officers mentioned the evidence taken from the trash pull, but not the original anonymous tip. A Circuit Court judge issued the warrant. But the officers waited another week to actually execute it. When they finally searched the defendant’s home, they found several hundred grams of marijuana and a loaded firearm. Although the defendant insisted the drugs were purely for his “personal consumption” and that he had a medical marijuana card, the state nevertheless charged him with possession with intent to distribute.

A federal jury subsequently convicted the defendant on drug and weapons charges. The judge sentenced the defendant to 7 years in prison. On appeal, the defendant argued that the search warrant was invalid because there was no “probable cause” to support it.

The 11th Circuit noted this raised a fairly uncommon issue. Typically when the police gather evidence from pulling trash, it is used to “corroborate or draw corroboration from other evidence of illegal activity in the home to be searched.” But in this case, the trash evidence was the sole basis relied upon for seeking the search warrant. Some federal courts have held that is insufficient.

Here, the 11th Circuit side-stepped that question. Instead, it held that even if the trash did not provide enough basis for the search warrant’s probable cause finding, the police officers nevertheless “reasonably relied” on that warrant when they made the actual search. From the appellate court’s point of view, the officers “did everything they should have.” So if there was a mistake, it was on the part of the judge who issued the warrant, and not the officers.

The good faith exception is often unfair to defendants, as it basically allows the police to ignore mistakes that are made during the investigation process. Unfortunately, it is the law. If you are facing similar charges and need an Orlando criminal defense attorney who will aggressively defend your constitutional rights, contact the Baez Law Firm today.