When Can The Prosecution Appeal A Criminal Sentence In Florida? 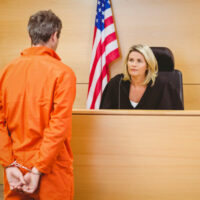 If you are acquitted by a jury in a criminal trial, the prosecution cannot appeal the verdict. But what if you are convicted and the judge decides to impose a more lenient sentence than the prosecution wanted? Can the state appeal that decision?

A recent decision from the Florida Fourth District Court of Appeal, State v. Guerra, helps illustrate the answers to these questions. This case involved a defendant charged with battery and aggravated assault with a deadly weapon. According to prosecutors, the defendant on two separate occasions threatened his girlfriend with a semi-automatic weapon.

The defendant entered a “no contest” plea on all charges. At sentencing, the defense asked for what is known as a “downward departure.” Basically, when a person is convicted of a felony, the court must sentence the defendant to a specified minimum prison sentence unless the judge finds there are valid grounds to go below the minimum, i.e., to make a downward departure.

In this case, the defendant cited a provision of state law that permits a downward departure when the offense “was committed in an unsophisticated manner and was an isolated incident for which the defendant has shown remorse.” The trial judge accepted this argument and granted the downward departure. Consequently, the defendant received a sentence of community control followed by probation, but no jail time.

The prosecution appealed, arguing that the downward departure was incorrect as a matter of law. The Fourth District agreed and ordered a new sentencing hearing. The appellate court’s main issue was that there was “insufficient evidence” of the defendant’s remorse. Based on the transcript of the original sentencing hearing, the Fourth District said the defendant had not shown remorse. To the contrary, he “actively maintained his innocence and refused to accept responsibility for the crime.” Furthermore, the defendant “insinuated that the victim fabricated the incidents.”

The appellate court noted that simply entering a “no contest” plea was not, in and of itself, sufficient evidence of remorse to justify a downward departure.

It is important to note this is just one type of downward departure scenario. Florida law outlines a number of “mitigating circumstances” that may lead to a lighter prison sentence, including the defendant’s age when they committed the crime or if they require specialized treatment of a mental disorder.

At the same time, cases like the one above demonstrate that prosecutors can–and will–appeal a sentence they consider too lenient under the law. That is why it is crucial to work with an experienced Orlando assault and battery defense lawyer throughout the criminal trial and appeals process. If you have been charged with a violent crime and need legal advice or representation, contact the Baez Law Firm today to schedule a free initial consultation with a member of our team.