When Is A Probation Violation Considered “Willful And Substantial” Under Florida Law? 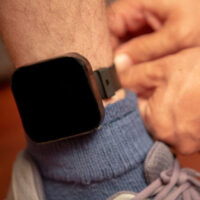 A person placed on probation in Florida faces many challenges. The court requires any probationer to comply with a number of terms and conditions. If a probation officer or any member of law enforcement has reason to believe the probationer has violated these terms, that person may be hauled before a judge to explain themselves. And if the judge ultimately determines the probationer committed a “willful and substantial” violation, the court may send the probationer to jail.

At the same time, it is important to remember that the prosecution must prove the probationer’s actions were “willful” and not merely accidental or the result of circumstances beyond the probationer’s control. If the probationer can show they made a “reasonable, good faith attempt to comply” with their probation requirements, that is sufficient to avoid any more serious sanctions.

A recent decision from the Florida Second District Court of Appeals, Douglas v. State, provides a helpful illustration. In this case, the probationer pleaded guilty to a prior charge of failing to register as a sex offender. Under an agreement with the State’s Attorney’s office, the court sentenced the probationer to several years of probation.

In 2020, prosecutors filed an affidavit alleging the probationer violated the terms of his probation by losing a GPS unit that he was required to keep with him for monitoring purposes. According to the probationer, the loss of the unit was unintentional. When the GPS monitoring company contacted him and informed him it was no longer receiving data, the probationer said he notified local law enforcement and “searched for the GPS unit in multiple places” without success. In response, the prosecution pointed to alleged inconsistencies in the probationer’s testimony and insisted this was a case of willful and substantial violation. The judge agreed and sentenced the probationer to 364 days in jail.

Prosecutors are often quick to try and violate a criminal defendant’s probation, especially if they are on probation for a sexually based offense or other serious felony. That is why even after the trial ends you may still need the services of a qualified Orlando sex crimes lawyer. Contact the Baez Law Firm today to schedule a consultation with a member of our criminal defense team.