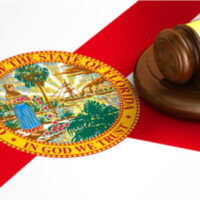 In late February, the 11th Circuit Court of Appeals held that Florida’s law limiting voting rights for those who have previous convictions simply because they had unpaid fines and fees was unconstitutional because conditioning the right to vote based on someone’s wealth violates the US Constitution’s Equal Protection Clause of the Fourteenth Amendment. As a result, plaintiffs who committed the same crime would be punished more harshly by having their vote taken away from them simply because they could not afford to pay their obligations.

There is currently a preliminary injunction against the state law in place which requires that the state allow the 17 particular plaintiffs who filed the claim to register to vote if they can show that they are unable to pay their financial obligations, and the trial scheduled for April. Still, it remains unclear as to whether the battle will be officially resolved for everyone else who seeks to have their voting rights restored ahead of this year‘s presidential election, as an appeal to the Supreme Court could yield the opposite result; just based on one advisory opinion issued by the Florida Supreme Court in January at the request of Governor Ron DeSantis’ administration, which concluded that the plain text of Amendment 4 required paying all legal financial obligations as a precondition of earning back the right to vote.

Although Florida has a long, unfortunate history of disenfranchising those who have committed crimes, more than five million voters voted in favor of Amendment 4 (the “Voting Rights Restoration for Felons Initiative”) to restore voting rights to those who have served their time, or completed “all terms of sentence, including parole or probation.” State legislators then passed a law (SB 7066) requiring them to first to pay all outstanding court fees before they could officially regain their right to vote, finding that settling all court fees was an official part of completing their prison sentences. In addition, one noteworthy aspect about SB 7066 was that these financial obligations could not be considered discharged if they were converted to civil liens, which is a practice Florida courts often use to remove obligations from the criminal justice system if they determine that an individual is likely unable to pay.

If Your Rights Have Been Violated in Florida, Contact Our Orlando Civil Rights Attorneys

It is estimated that approximately 1.4 million people in Florida had previously been ineligible to vote due to past convictions and close to 80 percent of them currently have remaining financial obligations. As noted by media reports, there is no question that this battle for fundamental equal protection under the law is far from over. If you live in Florida and your civil rights have been violated, contact our Orlando civil rights attorneys at the Baez Law Firm today to find out how we can help.