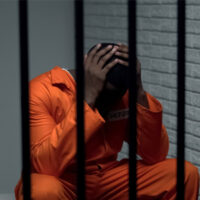 The fight for voting rights to be restored to ex-felons pursuant to what the voters of Florida passed via Amendment 4 returned to the courts as the 11th U.S. Circuit Court of Appeals was recently asked to set aside the temporary injunction placed on legislation passed by Republicans mandating that they pay any fines before being able to vote. This is because a federal judge in Tallahassee agreed that imposing the debt requirement amounted to a poll tax in October and granted the temporary injunction. Led by Governor Ron DeSantis, Florida Republicans are now once again arguing that only those ex-felons who have paid all of their fines and financial obligations should regain the right to vote and are asking for the injunction to be dissolved.

The case will be tremendously consequential because of margins that often decide elections in Florida, a battleground state. It is estimated that 1.6 million felons who have completed their prison sentences earned voting privileges under Amendment 4. However, an estimated 80 percent of the state’s felons would once again become ineligible to vote if DeSantis’ legislation is allowed to stand. This is because hundreds of millions of dollars in fines are owed across the state, including almost $300 in Miami-Dade County alone. While the 11th circuit will now decide whether the temporary injunction on DeSantis’ legislation stands, a full trial on the issue is expected in April. Unfortunately, earlier in January, the Florida Supreme Court agreed with Gov. DeSantis in issuing its non-binding advisory opinion.

During arguments, while the three-judge panel of the 11th Circuit reportedly asked tough questions of both sides, the judges seemed especially skeptical of the state’s arguments. In particular, one senior judge asked the state attorney about a hypothetical situation where two people who were convicted of the same crimes and sentenced to the same punishment; but where only one could afford to pay their fines would have their voting rights restored, while the other would not, and would therefore remain unable to vote.

How Is This Affecting Registration Now?

According to reports, the law allows the courts to modify the original criminal sentences to no longer require completion of things that were originally required, such as fines or community service. As a result, implementation is playing out very differently across the state depending upon party lines in different counties; for example, in Democratic counties, more people are getting their voting rights back, and in Republican counties, voters appear to be having a more difficult time doing so.

The right to vote and the right to have your vote as a citizen of Florida honored constitute crucial civil rights. If you live in Florida and feel that your civil rights have been violated, The Baez Law Firm will work to ensure that they are defended and restored, and that you are compensated for any harm done to you. Contact our Orlando civil rights attorneys today to find out more about your options.