A Close Look at ‘Rapid DNA,’ An Extremely Fast Way to Test DNA Evidence at Crime Scenes That Has Some Concerned 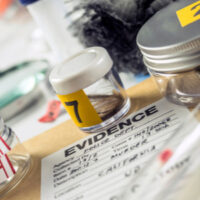 A new, rapid DNA analysis method that some states are testing out in order to more quickly process rape kits has a number of criminal defense and civil rights advocates concerned. The new device—known as a “rapid DNA” instrument—is marketed as allowing law enforcement to identify suspected rapists and others suspected of committing crimes within a matter of hours and an arrest within a few weeks. However, the testing as rapidly evolved with very little government oversight. Although judges do not yet allow it to be introduced as evidence at trial, a number of police around the country are still using it to analyze crime scene evidence and take samples from certain suspects.

The devices are approximately the size of a microwave, and are designed to allow anyone to use them. A sample is placed on a chip, loaded into a machine, and produces a DNA profile within hours (compared with analysts extracting DNA from samples, measuring it, copying it, and running it through a machine that produces a unique code that is an individual’s DNA).

The Problem with Using It for A Number of Crime Scenes

The method was historically used in circumstances that involve DNA from only one person, such as identifying victims of natural disasters. The FBI is also currently testing it to see if it can be used to produce DNA fingerprints during the booking process.

However, the issue with some types of crime scenes is that they not only include DNA from the person of interest, but from a number of other individuals—i.e. people who had nothing to do with the crime. According to experts, this requires more processing and analysis from trained lab scientists. This is why the FBI still does not allow results from rapid DNA into CODIS, its national index of criminal databases, just yet.

There is also the fact that rapid DNA results cannot as of yet be used at trial, which means that, for now, the police must also run any samples through traditional DNA testing methods in order to prove that their suspect is guilty before they can be taken to trial. However, this in and of itself is a questionable practice, as, in those cases, law enforcement is motivated to simply produce ‘official’ evidence for the individual they are convinced already committed the crime. As a result, some district attorneys’ offices have already limited use of the new technology to samples with high levels of single-source DNA. They have pointed out that, because sex assault kits are mixture scenarios, and mixtures are too complex for rapid devices to handle, they are still (and only) sent to an actual crime lab instead. To date, there is no peer-reviewed scientific study that has been published on the accuracy of using rapid DNA for sex assault kits.

Contact Our Florida Forensic Science Lawyers to Find Out More

Our attorneys never accept what police and prosecutors provide as evidence. We do our own forensic testing in order to best represent our clients. When new techniques like this emerge, it is important to remain skeptical, especially when methods haven’t proven reliable as courtroom evidence and no one has had a chance to challenge them. This is especially the case when it comes to DNA, as it is the most valuable piece of evidence that juries look for.

If you or a loved one has been charged with a crime, contact our Orlando forensics attorneys at the Baez Law Firm to find out how we can help.