A False Arrest is a Violation of Your Civil Rights 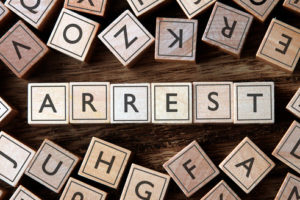 Back in June of 2013, 76-year-old Rosemary Brackett was just leaving the post office after a routine trip to drop off mail when a car pulled up and blocked the entrance. She made a quick maneuver to avoid the collision and to let the other driver exit first. While her moves may have been sudden, they were done to avoid an accident. A police officer who saw the incident, however, felt that her moves were erratic and dangerous, and pulled her over. What ensued was a nightmare that has now been going on for over three years for Rosemary Brackett.

In his police report, the arresting officer noted that when he pulled her over, Brackett had bloodshot and watery eyes, a strong odor of alcohol about her, and slurred and incoherent speech. Because of this, he requested the help of DUI specialist Officer Alejandro Murguido, who corroborated with the arresting officer’s – Officer Alexander’s – observations in his own official report. Murguido’s report further goes on to state that Brackett soiled herself, and even lifted her pant leg to show him. His report wraps up with the claim that Brackett refused the breathalyzer test.

Not only does Brackett vehemently deny all of the officers’ claims against her – stating that their “lies” make her feel “dirty, degraded, and disgusted,” – but also, evidence taken by the arresting officers and the officers in the station at the time of the arrest reveal major inconsistencies in the officers’ stories. Evidence reveals that Brackett’s eyes were not bloodshot or watery at the time of the arrest, that she did not urinate on herself, and that she agreed to a breathalyzer test twice. At the time, the evidence was sufficient to reduce her charges from a DUI charge to a reckless driving charge, but now, after sitting on the humiliation for a little over three years, Brackett is ready to file a false arrest claim against the perpetrating officers.

What Is A False Arrest?

A false arrest is exactly what it sounds like: a wrongful and intentional restriction of another person’s freedoms, despite the victim’s denial of wrongdoing or resistance. According to Florida Statute, 787.02, false imprisonment means, “forcibly, by threat, or secretly confining, abducting, imprisoning, or restraining another person without lawful authority and against his or her will.” While false arrest is the same term applied to a kidnapping case, it can also be used in conjunction with a police officer’s wrongful actions—such as those committed against Brackett.

In order for a police officer to be charged with false arrest however, it must be proven that they acted illegally. Searching for false reasons to arrest someone, and then falsifying their arrest record, is illegal.

If a police officer wrongfully arrests you, they are in violation of their duties as officers, and as such, are violating your civil rights. If you are the victim of wrongful arrest, you are entitled to a civil rights lawsuit. A civil rights lawsuit in this instance is referred to as a “Section 1983,” after the federal law – United States Code Section 1983 – that authorizes them. In order to be eligible for a Section 1983 lawsuit, you must prove that the arresting officer or other government authority used unreasonable force against you and that you suffered harm as the result. Typically, you would sue the individual who committed the false arrest, but you can instead sue the governmental agency for which they work if you feel that the agency is somehow responsible for the individual’s wrongful actions.

At The Baez Law Firm, our civil rights lawyers understand that a false arrest can have a major impact on your life, and result in mental anguish, physical harm, and even lost time. If you have been wrongfully arrested, you are entitled to not only a lawsuit, but to compensation for your damages. Our experienced Orlando criminal defense lawyers can fight for your rights against the individual or agency responsible for your false arrest, and ensure that you see justice for the wrongs committed against you. To consult with an Orlando civil rights lawyer regarding your false arrest, contact our law firm at 800-588-BAEZ today.