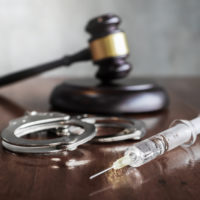 In November, a number of important news outlets, reports, and decisions were made that expose the unconstitutional conditions in which those given death sentences endure, including a reliance on unconstitutional sentencing procedures and questionable living conditions and practices, as we discuss below:

We’ve discussed various issues with the death penalty before, in particular, Florida’s death penalty law and system. Since 1999, 51 people have died by lethal injection here, and 345 people are currently awaiting execution. The prison conditions for those awaiting the death penalty here in Florida—including a video tour documenting how they live—were recently the subject of a Tampa Bay Times expose.  Inmates spend an average of 23 hours per day in a cell that includes a locker, mattress, sink, small table, and toilet. Inmates’ time there ranges between 12 and 30 years, and is currently the subject of an ongoing federal lawsuit because a number of inmates who’ve been there for years describe it as “permanent solitary confinement.”

In late November, the Death Penalty Information Center also released a new report examining the questionable practices kept from public view and the secrecy surrounding the death penalty throughout the U.S. The report describes a number of questionable practices, including but not limited to states using privacy laws to conceal breaking federal and state laws and engaging in contracts and business dealings with questionable drug suppliers. As a result, more and more executions are botched each year, especially those involving midazolam. Perhaps most importantly, the report describes how these conditions violate the Constitution’s ban on cruel or unusual punishment.

In another step back from progress for Florida, in late November, the U.S. Supreme Court declined to review several Florida cases involving death sentences imposed with unconstitutional sentencing procedures. Even though the Supreme Court found that Florida’s sentencing scheme violates the Sixth Amendment because judges–rather than juries–were engaged in fact finding, a number of cases in which death sentences were unconstitutionally imposed still remain unreviewed. These cases include important issues such as defendants enduring unconscionable long delays while on death row, as well as whether the Eighth Amendment mandates that juries, rather than judges, decide on death sentencing.

Whether you are facing capital or other criminal charges and penalties here in Florida, working with the right criminal defense attorney can make the difference between life and death. At the Baez Law Firm, we have defended those charged in a number of capital cases, and provide the very best in criminal defense representation. Contact us at the Baez Law Firm today to set up a consultation and find out more.