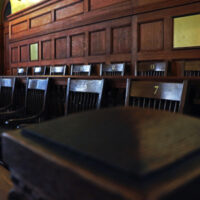 The upcoming trial of Harvey Weinstein highlights just how difficult it can become to find jurors relatively unfamiliar with the allegations against the defendant in some cases. Attorneys are generally limited to asking jurors questions about what they have heard about a defendant, as well as their own personal experiences with whatever crimes are being alleged (which, in this case, involve sexual assault). In this particular case, a number of accusers are also expected to testify about Weinstein’s alleged “prior bad acts,” even though his charges have nothing to do with offenses committed against these individuals, which could be extremely problematic.

Pursuant to these related concerns, it can be difficult to win a motion to change venue for a trial due to juror bias; even when jury selection could make or break a case. And yet, it can also be extremely difficult to find a group of jurors who can put aside whatever they have heard and biases formed about certain defendants and instead base their decision on whether the prosecution proves its case beyond a reasonable doubt.

The Use of Peremptory Challenges

As a result of issues like these, some states are starting to take a closer look at how bias affects jury selection and how the issue can be addressed by closing legal loopholes. Some have found that it is simply too easy for prosecutors to provide particular reasons for excluding certain people from a jury even though the result has a particular effect, and unless a judge is willing to accuse the prosecutor of being a liar, which would be unusual, this usually goes unchallenged, especially given that it can also be difficult to convince an appellate court to find that reasons prosecutors use to strike jurors are invalid.

Unfortunately, even though many have been concerned about these loopholes for decades, the U.S. Supreme Court has not made jury selection standards more exacting and few states have taken action to address the problem. In response, some have indicated that reducing the number of peremptory challenges that both the prosecution and defense have would be a helpful way of reducing corruption in the process and possibly reduce inherent bias that comes in certain forms, such as that connected to race. States such as Connecticut have even gone so far as to form a Jury Selection Task Force to study the issue of racial discrimination specifically in the selection of juries in an effort to promote the formation of diverse juries. The U.S. Supreme Court has held that it is a violation of the Fourteenth Amendment to use peremptory challenges specifically during jury selection just to remove a potential juror due to racial factors.

Ultimately, in fighting juror bias, the particular procedures that a state dictates must be followed during jury selection; for example, disallowing strikes if an objective observer could possibly view ethnicity or race as a factor.

At The Baez Law Firm, our Orlando criminal lawyers aggressively ensure that you are provided with a fair trial by strategically engaging in the jury selection process. Contact our firm today to find out more about our services.