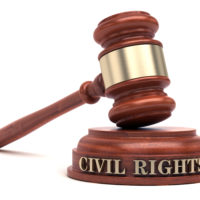 Many people do not realize that Florida diverges from other states in allowing people to be convicted based on facial recognition systems that identify you as the perpetrator of a crime without first allowing you to exercise your constitutional right to challenge its accuracy; all due to one Florida appeals court decision. As a result, a number of criminal justice advocates are now petitioning the Florida Supreme Court to address the issue, especially now, as due process is ever more in jeopardy–every day–due to rapidly evolving technology employed by the police.

Not Only Are They Inaccurate, They Are RacistThese types of tools are dangerous because they are based on algorithms that frequently produce well-documented inaccurate, biased results. What is especially concerning is that the systems have demonstrated a particular proclivity for producing biased results when it comes to black people, young people, and women; reportedly because the systems were historically developed based on images that were not reflective of today’s diverse population. They are also known to produce inaccurate results when two photos being compared to each other differ in terms of backgrounds, expressions, lighting, poses, and shadows; all of which presents some major issues in terms of relying on them for convictions.

One such system that is currently being aggressively marketed by Amazon to law enforcement departments around the country is known as “Rekognition.” In a nutshell, the program reportedly falsely matched photographs of Congress members with mug shot photos, and while only 20 percent of the members were actual people of color, the matches falsely reported nearly 40 percent of its total matches as people of color. In other words, the system falsely identified people of color as suspects.

The Case That Set Precedent in FloridaThe case that set precedent allowing facial recognition systems to convict without the right to challenge stemmed from the 2015 arrest and conviction of a man based on poor photos taken on one police officer’s cell phone, which were emailed to a crime analyst, who then used a face recognition system to produce several potential matches; all of which eventually lead to a conviction based on those matches. Not only were these photos reportedly unfit to display on basic online programs such as Instagram, but the algorithm itself involved in the case expressed only “one star of confidence” that it had generated a correct match.

In spite of demonstrated flaws in face recognition algorithms, Florida uses it in tens of thousands of cases each year to identify criminal suspects. As a result, a number of innocent people face wrongful conviction, just based on these flawed systems, every year. Contact our experienced Florida criminal defense attorneys at the Baez Law Firm today to find out more about these legal issues.