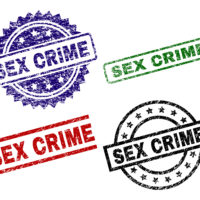 In August, the American Bar Association rejected a resolution that would have recommended that the states change what is known as the affirmative consent standard, which governs what is considered sexual assault. Specifically, the resolution called for consent to be defined as someone giving consent “expressed by words or action in the context of all circumstances.”

Due process advocates were extremely concerned about the resolution because it essentially presumed that someone was guilty until proven innocent, forcing a defendant to prove that they had consent and implicating their right to remain silent (as well as a number of other rights) in doing so. There is no question that moving forward on making this the standard in state criminal laws would have essentially criminalized sex in cases where prior consent could not easily be proven. The most obvious example of the negative ramifications this can have on due process rights is exemplified on college campuses, where the same policy has already gone into effect, and where hundreds of students have indicated that they have essentially faced penalties for sexual assault ‘convictions’ without their right to due process first.

The Standard in Florida & Nationwide

Still, there is no legal, uniform definition of consent; precisely because sexual assault laws vary by state. Florida is one of the few states that has an affirmative consent standard on the books, while most others use force versus consent as the standard in deciding whether assault has occurred. Florida law defines consent as “intelligent, knowing, and voluntary consent and does not include coerced submission” or “failure by the alleged victim to offer physical resistance to the offender.” Any developmental disability and/or mental incapacity is deemed as being capable of interfering with someone’s ability to intelligently, knowingly, and voluntarily consent, and there are additional penalties and convictions for sexual battery if an individual is suspected as being mentally defective (i.e. temporarily or permanently unable of “appraising the nature of their conduct”). This also covers someone who is considered to be “physically helpless,” which is defined in Florida law as “unconscious, asleep or for any other reason, physically unable to communicate unwillingness to an act.” Florida law also dictates that someone cannot consent to sexual activity with a law enforcement officer, correctional officer and/or probation officer in a position of control or authority in a probation, detention, or similar setting so as to lead the victim to reasonably believe that the offender is in a position of control or authority as an agent of the government. Still, there is also no consensus as to what constitutes sexual assault.

If you have been accused of sexual assault here in Florida, contact our experienced Miami and Orlando sex crimes attorneys at the Baez Law Firm to find out how we can help.