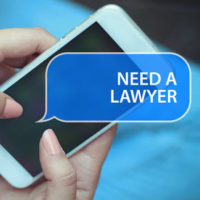 An amicus brief recently filed by the National Association of Criminal Defense Lawyers with the U.S. Supreme Court highlights how important it is that our nation’s highest court recognizes the privacy-protecting limitations Congress placed on wiretapping.

While Title III of the Omnibus Crime Control and Safe Street Act (aka the Wiretap Act) allows wiretapping under some circumstances, the activity is subject to extremely restrictive requirements created in order to protect privacy interests.

What Is The Geographical Limitation On Legal Wiretapping?

Law enforcement officials cannot legally wiretap any cell phone they want. One of the important restrictions placed on this power applies to geographic limitations of the judge themselves: Judges can only authorize wiretapping for interceptions that occur within their districts. That means that the cell phone, the interception location, or both must be in their district in order for the judge’s order to be valid, and a judge could never allow a defendant’s phone to be tapped anywhere in the country.

Changes in Technology & the Importance of Safeguarding Privacy Rights

Congress placed these important restrictions in place with good reason: this massive invasion of privacy must yield something that is of use, and that intrusion into our private lives must be as limited as possible.

This is of particular concern when it comes to cell phones and similar technology, which was not around when the original laws allowing for limited wiretapping in order to protect privacy interests were put in place. For example, in 2016 alone, a reported 43 million conversations were intercepted; 93 percent of them from cell phones.

The information that these devices can convey goes above and beyond that which was intercepted when wiretapping was first legalized. Without upholding appropriate limitations and restrictions on wiretapping devices like these, prosecutors could pick and choose which courts would most likely grant them any wiretap approval that they seek.

Any evidence gathered from a deficient wiretap cannot effectively be introduced as evidence to be used against defendants in court. In other words, the evidence is suppressed because it fails to meet the requirements of Title III.

This is precisely what the amicus brief reminds the U.S. Supreme Court of; i.e. that the Court should reverse the judgments of the United States Court of Appeals for the Tenth Circuit because courts and prosecutors should not be allowed to disregard the territorial limitation Congress placed in Title III..

If you are facing criminal charges after your phone or any other device has been wiretapped, you need to speak with a zealous criminal defense lawyer right away.

The experienced lawyers of The Baez Law Firm represent clients in all criminal cases throughout Florida and Massachusetts. Contact us today to find out more.