Can A Rap Music Video Be Used As Evidence Against A Criminal Defendant? 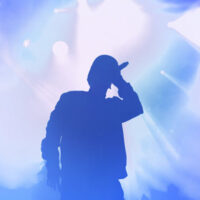 In a criminal case, the government is not supposed to put your character on trial. That is why there are certain rules of evidence that restrict the introduction of material that might “inflame” the jury and that otherwise has no “probative” value in determining whether or not a defendant committed the alleged crime. At the same time, however, these rules do not guarantee that any unflattering character evidence will not be admitted.

A recent decision from the U.S. 11th Circuit Court of Appeals, United States v. Williams, provides a cautionary example. This case involved two defendants tried together on drugs and weapons charges. At trial, federal prosecutors introduced into evidence a rap video where both defendants appeared.

According to the government, both defendants belonged to a Tampa-based gang that had been under investigation for several months on suspicion of drug trafficking. Law enforcement believed the gang operated out of a building called the “Blue House.”

One day, according to the government, several gang members confronted the son of the Blue House’s owner and accused him of “snitching on them to the police.” The owner then tried to remove the gang members from the property. A gunfight ensued. The two defendants were among the alleged gunmen.

As mentioned above, during the trial prosecutors showed the jury six music videos. Both defendants appeared in these videos along with other purported members of the gang. Some of the videos were filmed in the Blue House. The videos themselves featured songs that referenced drugs, guns, and “avoiding law enforcement.”

The defense argued the videos were unfairly prejudicial. The trial judge disagreed and allowed them into evidence. The jury subsequently convicted both defendants of multiple federal crimes.

On appeal, the 11th Circuit said the trial court committed no legal error in admitting the music videos. In prior cases, the 11th Circuit had found the admission of such videos unfairly prejudicial to a defendant. But in those cases, the appellate court explained, the defendants did not personally appear in the videos and they were introduced at the end of the government’s case, suggesting they had little if any probative value. In this case, by contrast, the defendants were in the videos and the government introduced them at the start of its case to “establish contested facts pertinent” to the alleged crimes.

The 11th Circuit further rejected one of the defendant’s claims that showing rap music videos out of context to an all-white Jury was itself unduly prejudicial. The appeals court said there was nothing in the trial record establishing the jury’s racial makeup or that they lacked “appreciation or experience” with rap music.

Prosecutors will always be aggressive in using whatever evidence they think might help their case. That is why it is crucial to work with an experienced Orlando drug crimes defense lawyer who will be equally zealous in protecting your rights. Contact the Baez Law Firm today to schedule a consultation with a member of our team.