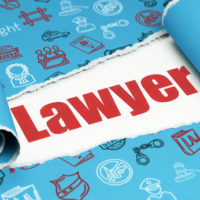 Over the last year, there has been a significant amount of discussion over whether President Trump could be indicted while in office. While some think that it’s imminent in light of special counsel Robert S. Mueller III’s charges against 19 people thus far, other scholars have argued that the constitution immunizes a sitting president from the kind of criminal prosecution that other citizens face.

Still, there is one thing on which every constitutional scholar appears to agree, and that’s the hypothetically ‘ideal’ process of dealing with a president who has allegedly committed a felony: The procedure would most likely involve removing the president through impeachment, and then indicting them (at that point as a former president) in a Senate conviction.

Impeachment is not subject to the rules governing criminal procedure, and thus those who undergo it do not enjoy due process or evidentiary protections, such as the prohibition on hearsay. In addition, any statements extracted during the impeachment process can be used against the (impeached) defendant during their subsequent criminal trial.

Still, there are circumstances where impeachment cannot be relied upon, either due to the public willingly looking the other way during a president’s transgressions, or the president’s party controlling both houses of Congress and purposely shielding the president from even the possibility of impeachment.

In circumstances like these involving other officials (i.e. non-presidents, such as governors), where impeachment never occurred, officials have been indicted in office and then voted out by the state legislature.

But is this different from a sitting president? Recently-released material related to the Clinton impeachment demonstrates that independent counsel in that cases legally justified the indictment of a president. Still, although the Justice Department has admitted that the U.S. Constitution is not dispositive on this question, the Department has come out against indictments, concluding (also during the Clinton administration) that it comes down to a matter of “constitutional structure.”

Arguments against Indicting a Sitting President

There are two main arguments that can be made against the ability to indict a sitting president: 1) that the Constitution does not expressly permit it, and 2) that an indictment would prevent the president from carrying out his duties.

While the U.S. Constitution does mention impeachment, impeachment is intended to remove, not punish a president. In that way, impeachment is more about taking away that individual’s power, not holding them liable for criminal activity. Take, for example, the fact that judges can both be impeached and charged and convicted while still on the bench.

The other argument hinges on the allegation that to put a president—as the head of the Nation—through a criminal proceeding is to hamper the operation of the entire governmental apparatus.

If you have been accused of a political crime or offense, contact our experienced Florida and Massachusetts criminal defense attorneys at the Baez Law Firm today to discuss your potential defense strategy.