Can I Ask to Move My Criminal Trial Due to Negative Media Coverage? 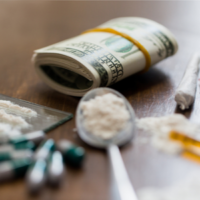 Every criminal defendant has the right to a trial by an impartial jury. “Impartial” basically means that the jurors have not already made up their mind about the case before the trial even starts. For this reason, it is important to screen out any potential jurors who may have learned about the case from pretrial media coverage.

In some cases, that may prove impossible. Normally, a criminal trial is heard in the Florida county where the alleged offense occurred. But if a case generates so much publicity that the court cannot find enough impartial jurors, either the prosecution or the defense may ask for a “change of venue,” i.e., to move the trial to a different county where, presumably, the local population has not already heard about the case.

Again, even applying these factors, Florida courts are reluctant to grant changes of venue. Take this recent decision from the Florida Supreme Court, Smith v. State. This was a direct appeal of a capital murder conviction carrying a death sentence.

The victim in this case was an 8-year-old girl. Prosecutors charged the defendant with kidnapping, raping, and murdering the victim. This occurred in Jacksonville in 2013. At the time, the Supreme Court noted, “[n]ews outlets in Florida and the United States covered the murder extensively.” Pretrial media reports noted the defendant had multiple prior sex crimes convictions. The victim’s funeral drew hundreds of mourners and spectators.

During pretrial proceedings in 2015, the defendant’s attorney moved for a change of venue out of Jacksonville. Essentially, the defense argued the pretrial publicity had already painted the defendant as a “monster who should be executed” and that the media “had adopted the State’s theory of the case” without question.

A jury was ultimately seated in Jacksonville and proceeded to find the defendant guilty. The Florida Supreme Court upheld the conviction. With respect to the change of venue issue, the Court noted the trial judge never formally ruled on the original defense. But it did not matter. The judge effectively denied the motion by allowing the trial to proceed, and the Supreme Court said that even considering all of the factors described above, the pretrial publicity did not deprive the defendant of an impartial jury in Jacksonville. The Court made particular note of the fact the publicity occurred approximately 5 years before the actual trial, and that based on questioning from the trial court, none of the jurors selected appeared to have been unduly affected by the earlier coverage.

Unfortunately, there are some criminal trials where negative publicity is unavoidable. An experienced Orlando criminal defense attorney can help ensure that media coverage does not deprive you of your right to a fair trial. Contact the Baez Law Firm today to schedule a consultation.