Can I “Reassert” My Right to Remain Silent During an Interrogation 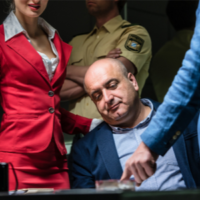 When you are arrested or interrogated by the police as a criminal suspect, you have the right to remain silent. This right ensures that you are not compelled to make incriminating statements that could be used against you at trial. Even if you initially waive this right and talk to the police, you are free to reassert it at any time during questioning.

At the same time, when invoking your right to remain silent, you must do so “unequivocally” and “unambiguously.” According to the Florida Supreme Court, the police are not required to “clarify” your intentions. In the context of revoking a prior waiver of the right, the Court has said the revocation is “unambiguous if a reasonable police officer under the circumstances would understand that the suspect is invoking the right.”

Again, the best thing you can do is say nothing from the outset. Once you start talking to the police, there is a good chance a judge will allow anything you say into evidence, even if you later thought you revoked your waiver. A recent decision from the Florida Third District Court of Appeals, Holmes v. State, provides a useful illustration. In this case, prosecutors in Miami-Dade charged the defendant with first-degree murder in the stabbing death of a woman.

The police initially conducted an unrecorded interrogation of the defendant. During this questioning, the police said the defendant admitted to the stabbing. A detective then asked if the defendant would give a recorded statement. At this point, the defendant replied, “You know what, I gave you too much already.” The detective pressed on, however, and “reviewed his notes” with the defendant while being recorded on video.

This video was later played for the jury. The defendant objected, arguing that he had reasserted his right to remain silent when he told the detective “I gave you too much,” and the interrogation should have immediately stopped. The trial judge allowed the recording in, and the jury subsequently convicted the defendant of murder.

On appeal, the Third District said there was nothing wrong with admitting the recording. The defendant had already waived his right to remain silent when he initially spoke with the police and made his initial admission. And while he was free to reassert his right later, the Court said his statement “did not unequivocally invoke” said right, given that he then proceeded to review the detective’s notes on camera.

The right to remain silent means just that: You do not have to say anything to the police when questioned about your possible involvement in a crime. Many people think they can help themselves by talking or “explaining their side.” But once you open your mouth, it may not be so easy to reassert your right to remain silent, as the case above illustrates.

Of course, the one person you should talk to is a qualified Orlando criminal defense attorney who will make sure your rights are respected. Contact the Baez Law Firm today if you need immediate assistance.