Can The Police Stop You Based On An “Anonymous” Tip? 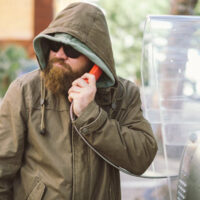 Take this recent case from the U.S. 11th Circuit Court of Appeals, United States v. Martinez. This case began when a police officer was driving on the Florida Turnpike. The officer observed a gray Kia sedan flash its lights and pull alongside his car. The officer observed that the Kia’s driver was a man in his 60s and “visibly frightened.”

This second driver–the defendant–did not immediately respond to the officer’s signal to pull over. When the defendant eventually did pull over, the police searched his car and found a gun underneath the steering wheel. Federal prosecutors later charged the defendant with illegal possession of a firearm by a convicted felon.

The defendant pleaded guilty to the charge but reserved his right to appeal the legality of the search of his car. Essentially, the defendant argued the police lacked reasonable suspicion to stop him based solely on the “anonymous” tip from the Kia driver. The trial court found the tip sufficient and ruled the search lawful.

The 11th Circuit agreed. According to the United States Supreme Court, police can rely on an anonymous tip when the information contains “sufficient indicia or reliability.” Here, the Court of Appeals said there were a number of factors supporting the reliability of the Kia driver’s statements to the officer:

When a police officer signals you to pull over, it is important to comply without unnecessary delay. Remember, even in a traffic stop situation, you do not have to answer any questions beyond giving the officer your name, driver’s license, and insurance information. But you should never try to evade the police or make any sudden movements that might be misinterpreted as “suspicious” behavior.

And if you are placed under arrest and need advice from an experienced Orlando criminal defense attorney, contact the Baez Law Firm today.