Can You Change Your Mind And Withdraw A Guilty Plea? 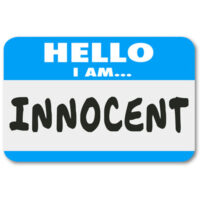 Criminal cases are often resolved by plea agreement. In simple terms, the defendant agrees to plead guilty (or sometimes “no contest”) to a specified charge, and in exchange the prosecution agrees to a particular sentencing recommendation. A plea agreement is not final until it is accepted by the court. And under Florida law, a court may “in its discretion, and shall on good cause, at any time before a sentence,” permit the defendant to withdraw a guilty or no-contest plea. It is also possible under certain conditions for a defendant to file a motion to withdraw a guilty or no-contest plea up to 30 days after sentencing.

But what happens when a defendant’s original sentence is struck down many years after the fact? Does the 30-day rule still apply if the defendant decides to withdraw a plea before re-sentencing? The Florida Second District Court of Appeal recently addressed this subject. In Scott v. State, a 14-year-old juvenile offender was sentenced as an adult after pleading guilty to armed robbery and aggravated battery. The defendant entered an “open” plea, meaning the prosecution did not agree to any particular sentence in exchange for the plea. The trial court subsequently sentenced the defendant to a minimum of 25 years in prison, as required by state law.

This took place in 2007. Ten years later, in 2017, the defendant filed a motion for post-conviction relief based on changes to Florida’s juvenile sentencing laws that had occurred in the intervening decade. The prosecution conceded the defendant was entitled to a new sentencing hearing. The trial court therefore vacated the original sentence and scheduled a new hearing.

Prior to re-sentencing, however, the defendant asked to withdraw his original guilty plea from 2007. The judge denied that request, holding that the applicable court rules required the defendant to file a motion within 30 days of the original 2007 sentencing hearing. The court then proceeded to impose the exact same 25-year sentence as before, but with the minor concession that the defendant could seek review after 20 years.

On appeal, the Second District held the trial court acted improperly in refusing to consider the defendant’s request to withdraw his 2007 plea. The 30-day rule did not apply in this case. Since the original sentence had been vacated, it effectively returned the defendant to his “presentence position.” Put another way, the 2007 sentence was null and void. Thus, the 30-day clock would not start to run until after a new sentencing hearing was held. More to the point, since the sentencing process had begun anew, the rules entitled the defendant to move to withdraw his plea at any point before the new sentence was imposed.

Even if you plan to plead guilty to a criminal charge, you can still benefit enormously from the assistance of an experienced Orlando criminal defense attorney with respect to plea negotiations and any post-conviction matters. If you need advice or representation, contact the Baez Law Firm today to schedule a consultation.