Can You “Plead The Fifth” In A Civil Lawsuit? 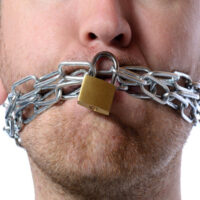 The Fifth Amendment to the United States Constitution provides that no person “shall be compelled in any criminal case to be a witness against himself.” Most people understand the concept of “pleading the Fifth.” It means you do not have to answer any questions that may be used as evidence against you in a criminal proceeding. This includes questioning by the police during an interrogation as well as declining to testify at trial.

The Fifth Amendment also prohibits judges and juries from drawing any “adverse inferences” against you for declining to testify. For example, say you have been charged with criminal assault. You decide not to testify at trial. The judge cannot then instruct the jury that it can infer your guilt based on your silence. After all, that would defeat the entire purpose of the privilege against self-discrimination.

But what if we are talking about a civil–rather than a criminal–proceeding? Say that alleged assault victim filed a personal injury lawsuit against you. Could you still plead the Fifth in the civil case?

The answer here is a bit more complicated. Yes, you can plead the Fifth, as any answer you give in the civil case could later be used against you in a criminal trial. But unlike a criminal case, in a civil lawsuit the judge can draw certain adverse inferences against you if you invoke Fifth Amendment privilege.

This also applies to civil cases where the government itself is a party, such as a regulatory proceeding. Take this recent decision from the U.S. 11th Circuit Court of Appeals, Federal Trade Commission v. Life Management Services of Orange County, LLC. In this case, the Federal Trade Commission and the Florida Attorney General filed a civil lawsuit against a man accused of violating federal telemarketing regulations. Essentially, the FTC alleged that the defendant improperly contacted consumers whose names were on the federal “Do Not Call” list and sold them bogus debt relief services.

A key issue in the lawsuit was whether or not the defendant “controlled” a corporate entity used to further this alleged scheme. When asked in the civil lawsuit if he did, in fact, control the entity, the defendant pleaded the Fifth. He did so again when asked if he prepared a marketing script used in the telemarketing scheme.

As the 11th Circuit observed, “While, like in a criminal case, a civil litigant may choose to invoke his right not to self-incriminate, unlike in a criminal case, in a civil case, the court may impose an adverse inference against him.” That is exactly what the trial court (and the 11th Circuit) did in this case. The judge drew adverse inferences against the defendant based on his refusal to answer the questions, and that in turn led to the court granting summary judgment to the FTC. The 11th Circuit upheld that decision on appeal.

There are situations where invoking your right to remain silent can have collateral consequences. That is why it is important to consult with an experienced Orlando white collar crimes defense attorney who can fully advise you of your rights. Contact the Baez Law Firm today to schedule a consultation.